The receding waters of the Tigris in Iraq reveal a 3,400-year-old ancient city 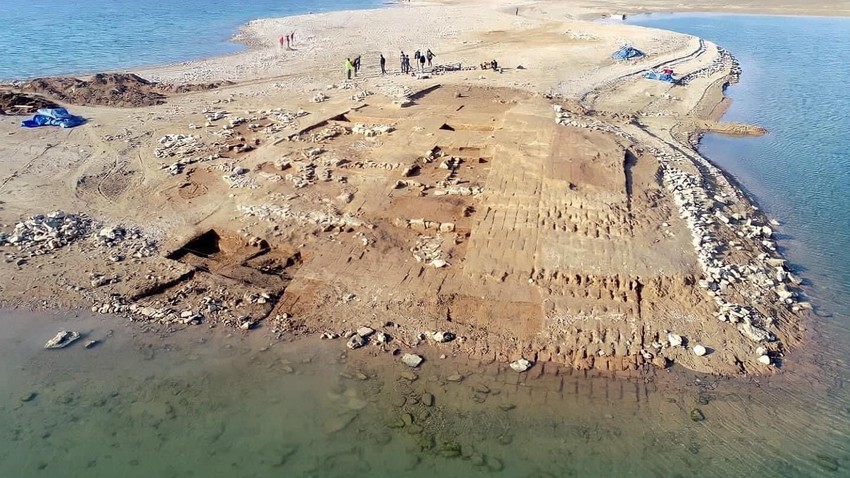 Weather of Arabia - The Department of Antiquities in Dohuk Governorate within the Kurdistan region, northern Iraq, announced on Monday (May 30) the discovery of an archaeological site within the basin of the Tigris River, which was discovered by a team of German and Kurdish archaeologists, a city dating back to the era of the Mitanni Empire. 3400 years ago, it appeared after the receding waters of the river.

The city includes a palace and several large buildings that could have been ancient Zakhiko, believed to have been an important center in the Mitanni Empire (circa 1550-1350 BC). 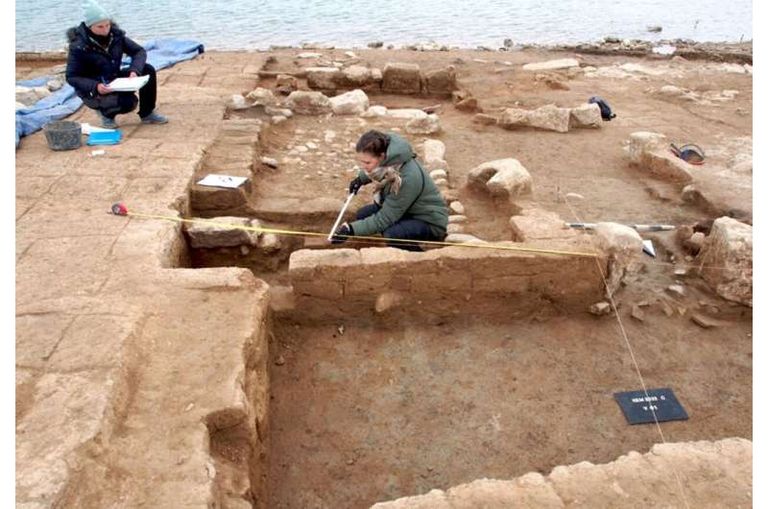 The city emerged after large quantities of Mosul were withdrawn early this year, due to a rapidly declining water level in Iraq as a result of severe drought.

Iraq is considered one of the countries in the world most affected by climate change, and the south of the country in particular has been suffering from severe drought for months.

To prevent crops from drying out, large quantities of water have been withdrawn from the Mosul reservoir, the most important water reserve in Iraq, since December, which led to the re-emergence of a Bronze Age city that had been submerged for decades without any prior archaeological investigations, located in Kemun in Iraq's Kurdistan region.

A report published on Monday by the German University of Tübingen website says that this unexpected event has put archaeologists under sudden pressure to excavate and document at least parts of this large and important city as soon as possible before it is re-submerged. 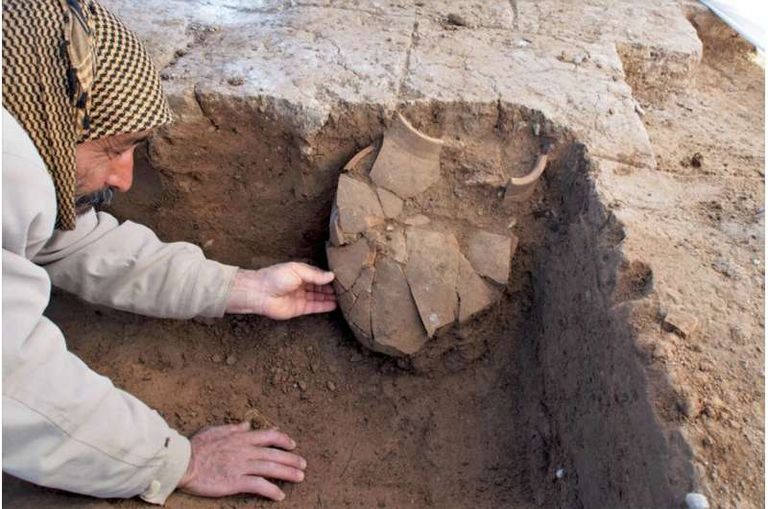 The Kurdish archaeologist, Dr. Hassan Ahmed Qassem, head of the Kurdistan Antiquities Authority, and archaeologists from several German universities participated in this task. These events took place in January and February 2022, in cooperation with the Directorate of Antiquities and Heritage in Dohuk (Kurdistan Region). Iraq), funding for the work was obtained at short notice from the Fritz Thyssen Foundation through the University of Freiburg, Germany.

Within a short time, researchers have largely succeeded in mapping the city, in addition to the palace that was already documented during a short campaign in 2018, and many other large buildings were revealed, such as massive fortifications with walls and towers, a huge multi-storey storage building and a complex Industrial. 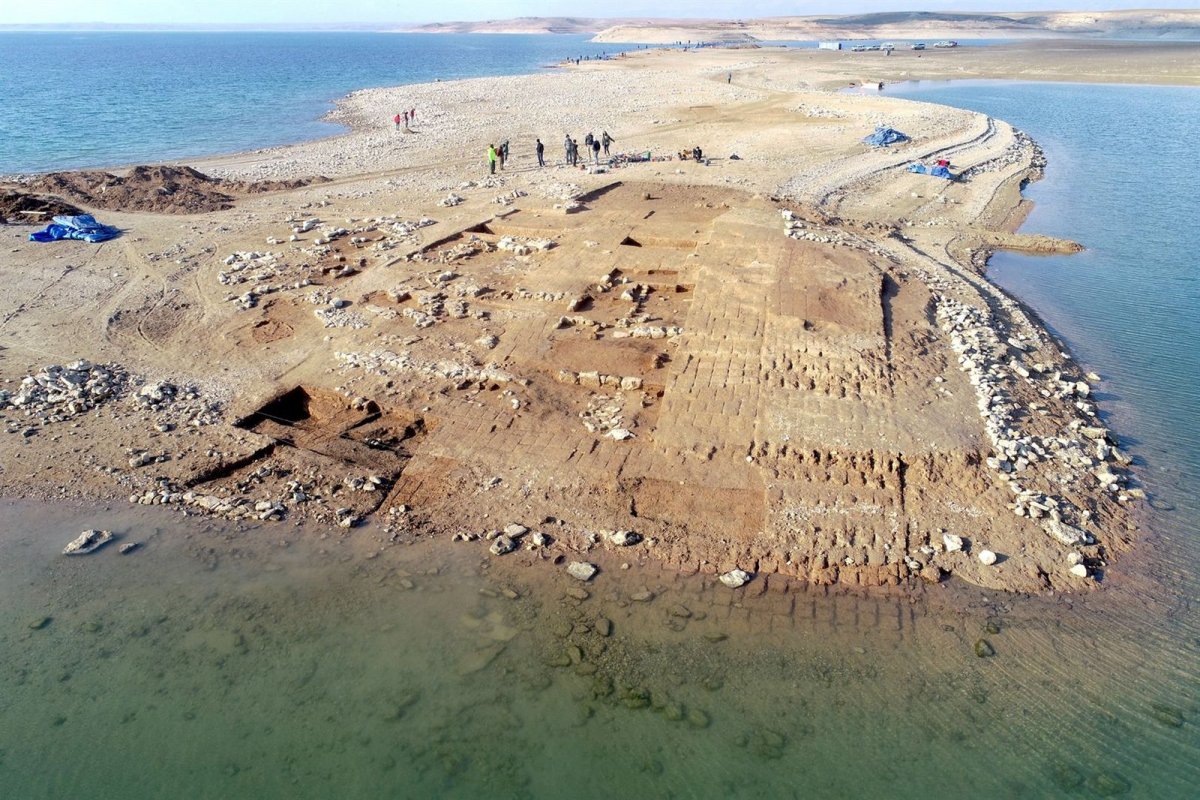 The extensive urban complex dates back to the time of the Mitanni Empire (circa 1550-1350 BC), which controlled large parts of northern Mesopotamia and Syria.

Ivana Polges of the University of Freiburg says: "The huge storage building is of particular importance because huge quantities of goods had to be stored in it, probably brought from all over the region, and the results of the excavations show that the site was an important center in the Mitanni Empire."

The research team was amazed by the condition of the well-preserved walls, sometimes reaching several meters in height, despite the fact that the walls are made of sun-dried mud bricks and have been under water for more than 40 years.

This good preservation is due to the fact that the city was destroyed in an earthquake around 1350 BC, with buildings buried under the collapsed upper parts of the walls.

Of particular interest is the discovery of five pottery vessels containing an archive of more than 100 cuneiform tablets, dating back to the Middle Assyrian period, shortly after the earthquake disaster in the city. Some clay tablets, which may be letters, are still in their clay envelopes.

"It is a miracle that cuneiform tablets made of unburned clay have survived for many decades underwater," says Peter Pfalzner of Germany's University of Tübingen. 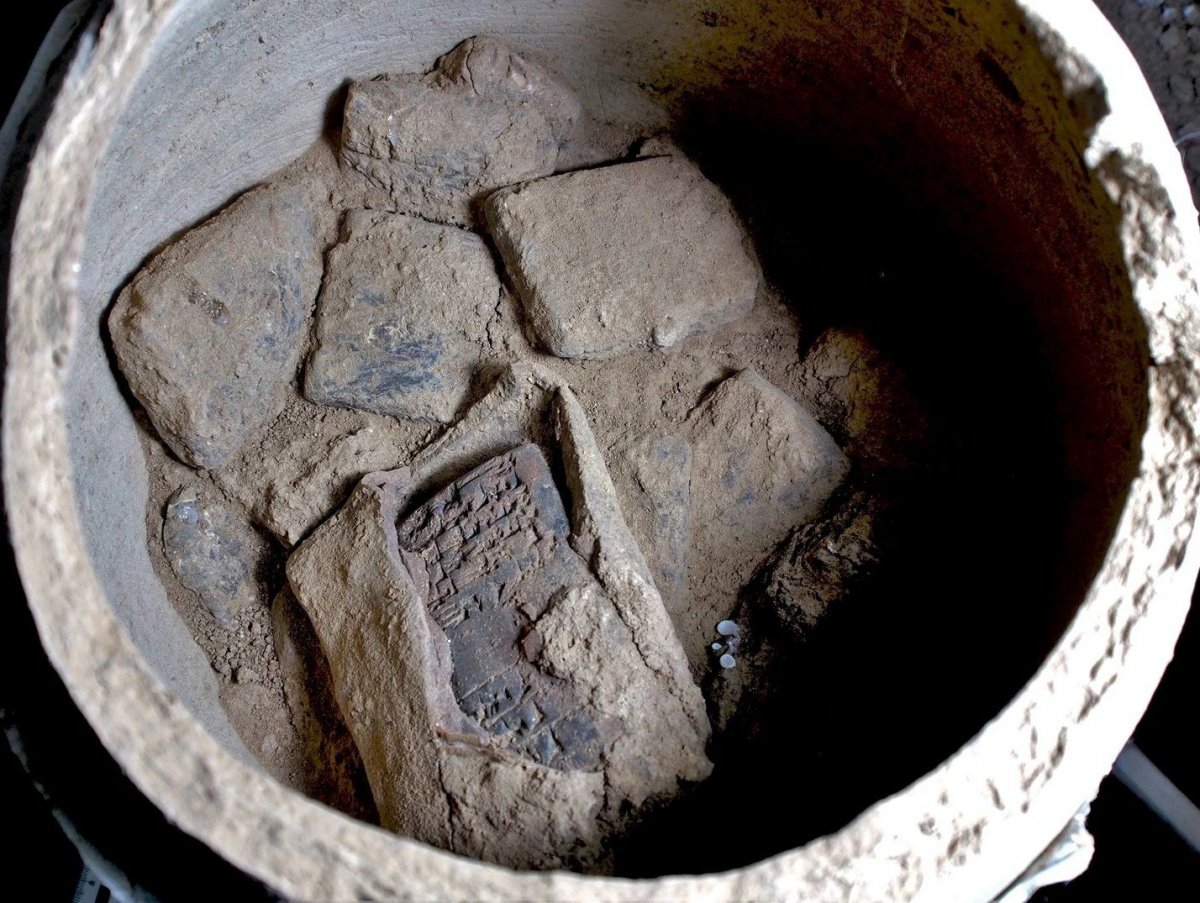 To avoid further damage to the important site due to rising waters, the entire excavated buildings were covered with sealed plastic sheets and covered with pebbles as part of a comprehensive restoration project funded by the German Gerda Henkel Foundation.

This is meant to protect the unscented mud walls and any other finds still hidden in the rubble during times of floods, and the site is now completely submerged again. 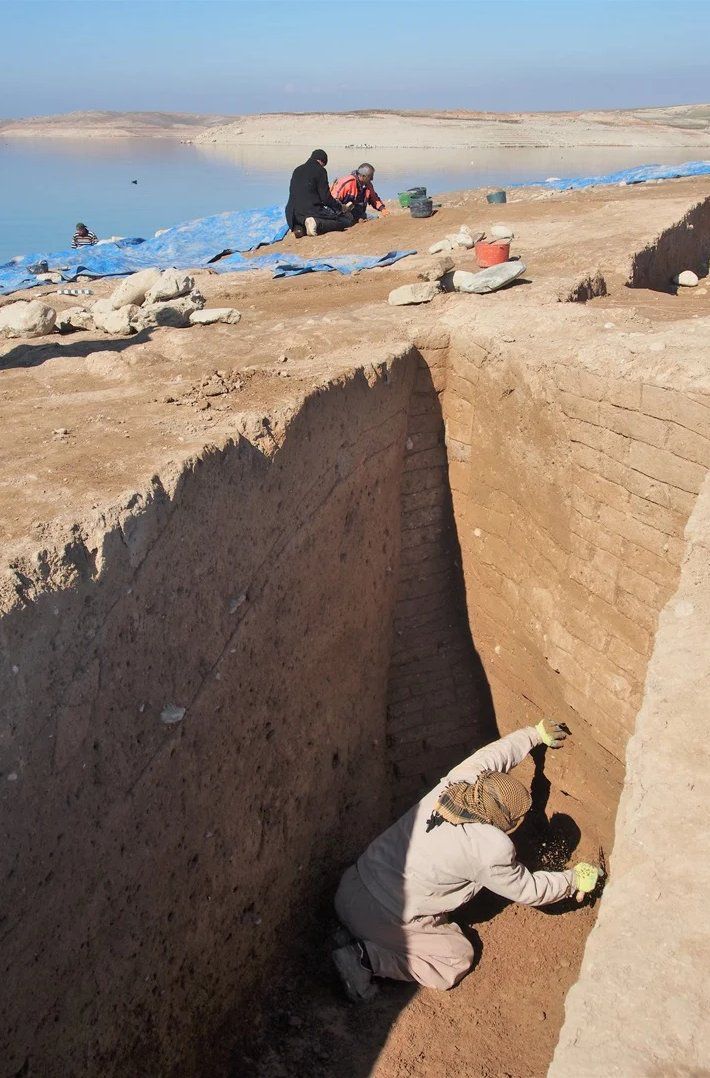 In turn, the Iraqi archaeologist Ali Al-Hamdani said, in a statement to Al-Araby Al-Jadeed newspaper, that the discovered site had been spotted years ago in the course of the Tigris River, but the high water level was preventing drilling or excavations. He pointed out that prospectors issued reports confirming the presence of submerged traces in the water.

Al-Hamdani considered that "it is important to take advantage of this unfortunate event represented by the water shortage crisis to study the site and extract important finds inside it before the Tigris waters flood it again, especially with the approaching season of snowmelt in Turkey, which is expected next July."