The relationship of the color of eggs to the nutritional value and other nutritional myths that have been associated in our minds... What is the truth about them? 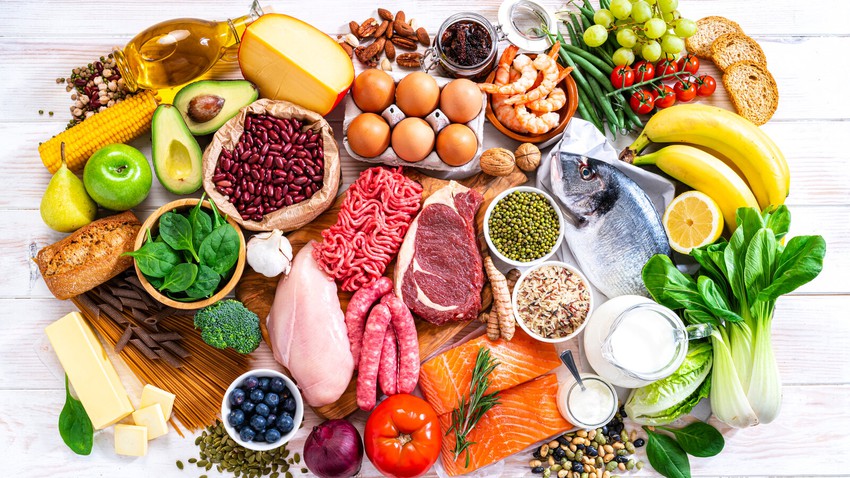 Weather of Arabia - Many people pass on hundreds of unreliable information about healthy foods and seek to apply it, although they have heard it from people who are not experts in the field of nutrition, which makes us impose unnecessary restrictions on our bodies, and make it more difficult to follow a balanced diet due to wrong information. which we considered real.

In an article published by the Turkish newspaper "Milliyet" , the writer quoted nutritional expert Ebru Akdag, who refuted some well-known rumors in the world of nutrition by answering the following questions: 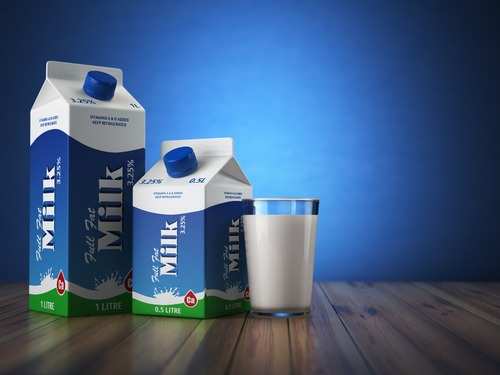 There are those who claim that canned milk may be harmful to health or useless, but these are just allegations, because the technology used in sterilization and canning of milk known as: UHT: Ultra-high-temperature processing (that is, sterilization at a temperature Ultra High) is a technology approved worldwide since 1961 with the aim of processing liquid foods.

This technology relies on heating the milk at a temperature of 135-150 degrees Celsius, then cooling it in a short time from 2 to 6 seconds, and then packing it in sterile containers (free of germs) and in a sterile environment as well.

And if the package is not opened and kept for a long time at room temperature, it preserves its nutritional value, in other words: UHT milk is a product in which its nutritional value is preserved without the need for any protective additives, thanks to both the processing Thermal packaging technology.

2. Does the nutritional value of frozen foods change? Does it contain preservatives? 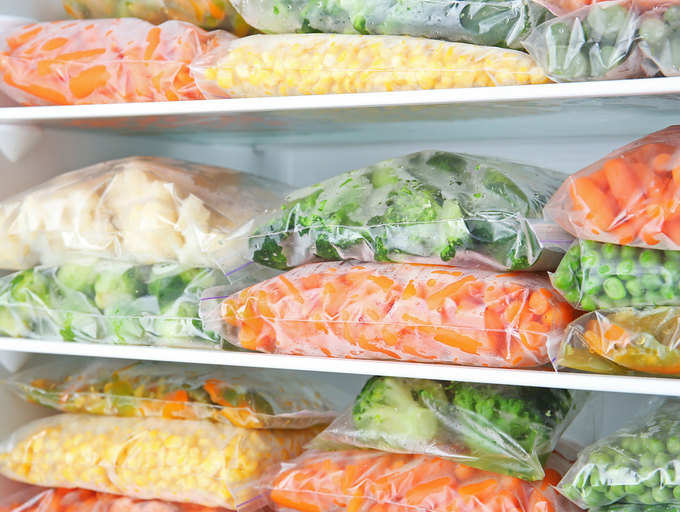 Frozen foods are produced by freezing seasonally harvested fruits and vegetables within a few minutes using the “freeze” system, after they have been washed and cleaned.

On the other hand, Frozen products retain their nutritional value thanks to the technology used, as they are frozen only hours after harvest.

3. Are only “baladi” chickens (which are not raised in farms) that produce eggs with dark yolks? 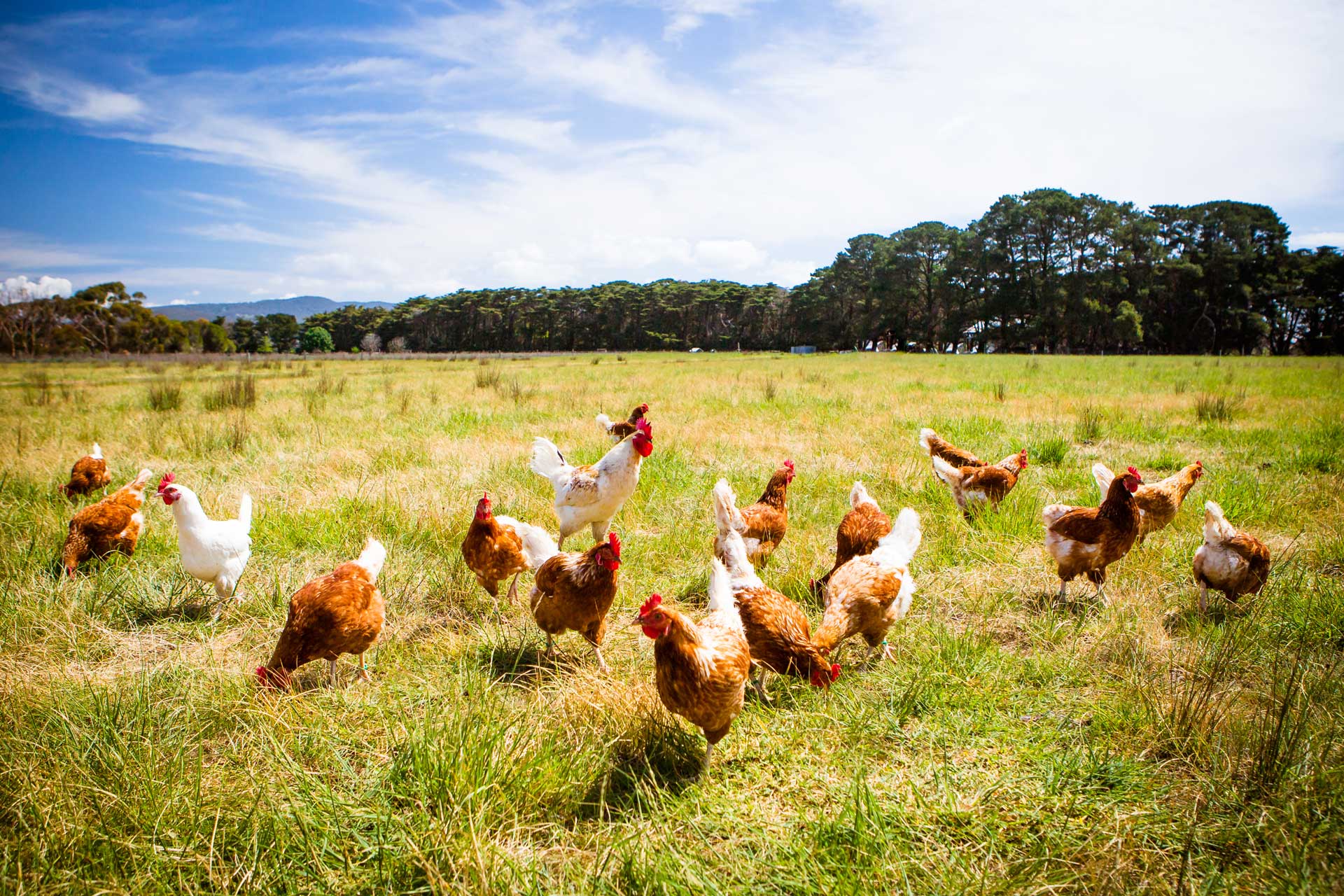 The color of the egg yolk varies with the breed and diet of the hen, and it is not correct to use it as a quality standard, and there is also no evidence to suggest that the nutritional value of the eggs of wandering chickens (that is, those raised randomly and not in chicken farms) is higher than others.

4. Is a brown-shelled egg better than a white egg? 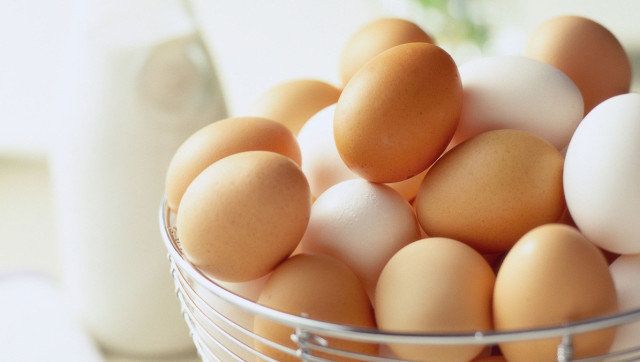 It is worth noting that in the beginning each egg is white, and then the eggs are colored at the end of the 26-hour journey in the hatching channel in the hen, and because the addition of pigments that give the egg its brown color takes place after the formation of the egg, only the outer surface of the shell becomes colored.

5. Is chicken that takes longer to cook normal? 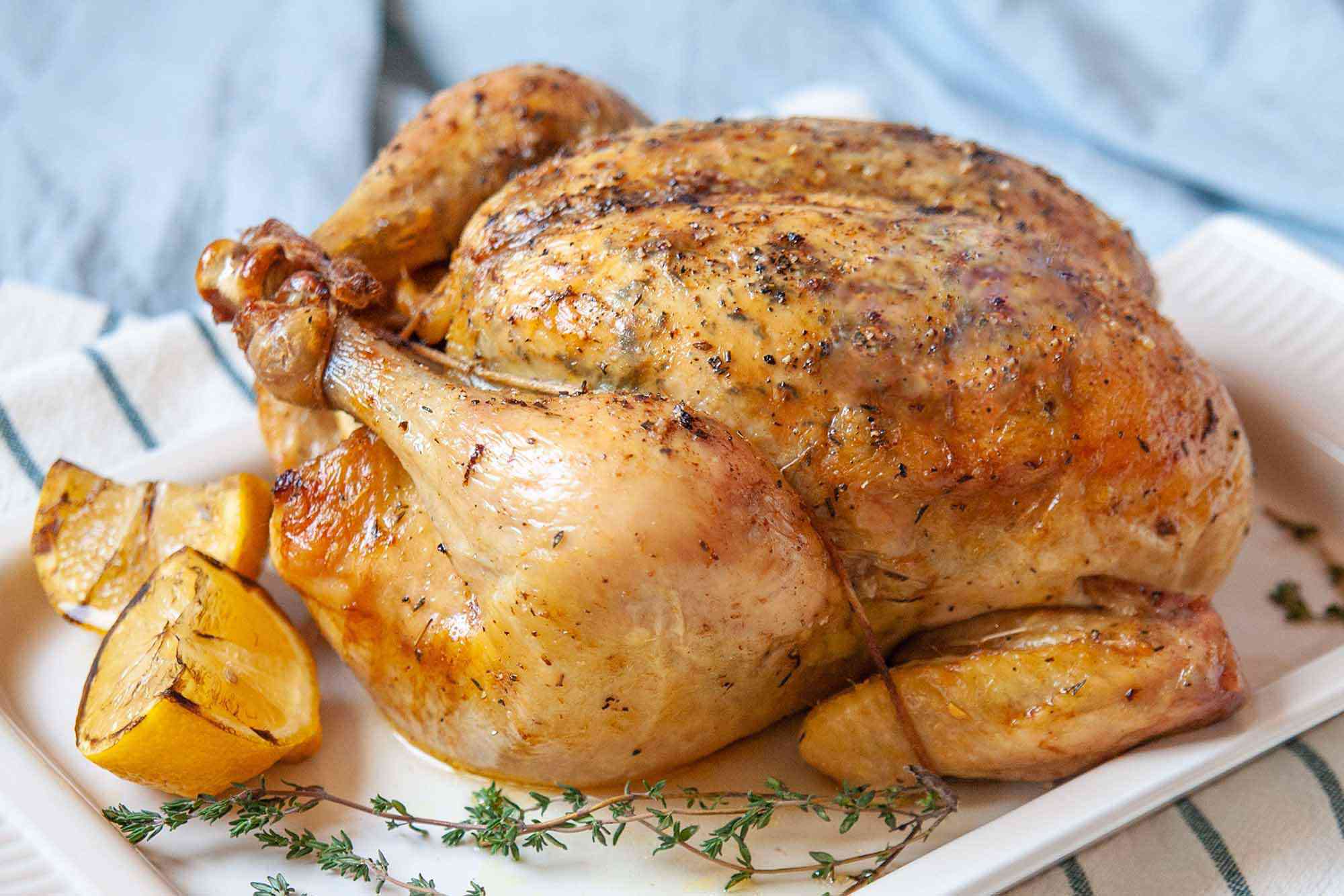 Chickens that are raised in the village are usually old, as their life extends until the slaughter period, so it takes longer to cook, and the chickens that you buy from the market are cooked more easily, as the fastest growing and easy-to-cook small breeds of chicken are produced by industrial methods.

6. Do food additives cause cancer?

In addition, the use of food additives is allowed if there is consensus from international food and health authorities such as the European Food Safety Authority and the US Food and Drug Administration.

Regardless of cancer, the use of additives is modified in such a way that if a person consumes this additive every day for 70-80 years of age, no effect is noticed, and it is not allowed to add these substances unless it has advantages that benefit health in order to enter the evaluation stage.

Among its advantages are the following:

7. What is the fact that the color of butter, whether it is yellow or white, reveals its quality?

The color of butter depends on the animal's diet. Its color is not an indication of its quality; If the cow, sheep or goat whose milk has been used, follow a diet based on green fodder such as grass and weeds, the butter will appear yellowish because of the presence of more coloring agents in these green fodders; Where it is transferred to the animal's milk with its food, then it melts in the fat and gives the butter its color.

If the animal, whose milk is used to make butter, is fed feed such as hay, barley, and wheat, the butter is expected to be lighter in color, because these foods do not contain coloring agents.

However; Since consumers rate the quality of butter according to its colour, coloring agents of vegetable and mineral origin permitted in the Codex Alimentarius may be used in butter production.

8. Is the crystallization of honey evidence that it is pure, original natural honey? 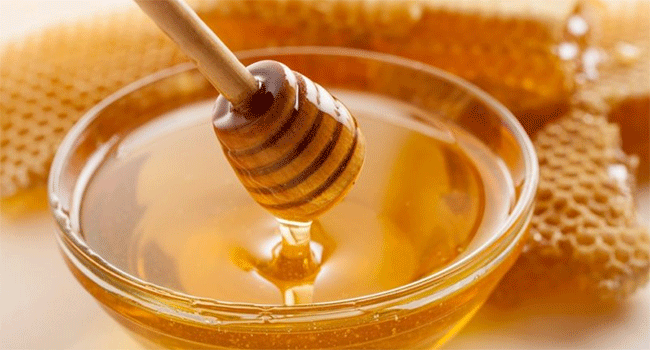 It is normal for honey to crystallize; However, this is not a valid indication to provide evidence that it is natural, original, pure or any other conclusion; Honey may or may not crystallize depending on many influences such as its type, storage conditions, length of storage period, etc., which are the factors that make it difficult for consumers to know its truth, especially since it is one of the foods that can be easily imitated, and for this reason honey must be subjected to laboratory analysis, which tests many advantages to know The authenticity and quality of honey or not.

9. Is consumption of canned products harmful to health? Consuming canned products is not harmful to health, and it can have a positive effect in terms of increasing the consumption of vegetables and fruits and preventing food waste, but compared to their fresh or frozen counterparts, the nutritional value of canned foods is slightly lower, but this does not cancel out their being a good alternative to food when we cannot Reach for other varieties or when there is no time to cook.

Usually the packaging used in canned food has passed the necessary tests to prevent any transfer of metallic substances to the food.

10. Is there plastic in herbal tea bags? 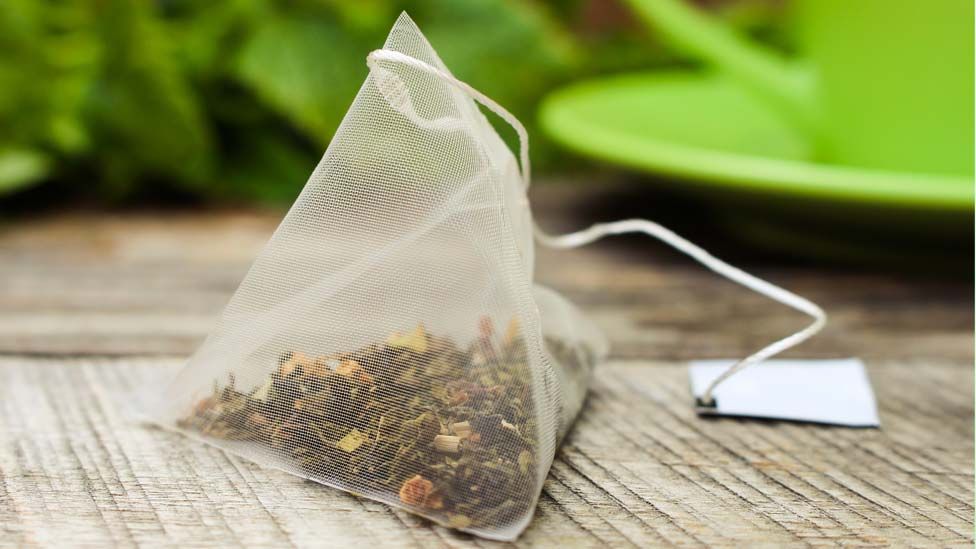 When you mention the phrase bags, nylon is the first thing that comes to mind, but tea bags are not made of plastic, as the main tea producers in Turkey make them from the fibers of the abaca plant, which looks like a banana tree. And since linen shirts don't melt when wet, abaca tea bags don't dissolve in hot water. 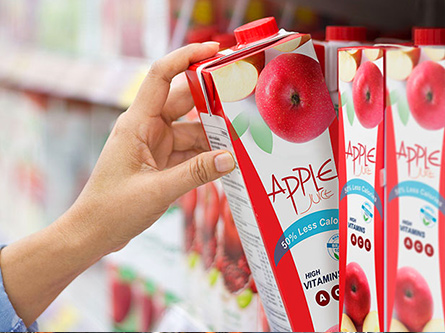 No added sugar, sweeteners, flavors, preservatives and coloring to 100% natural fruit juices, which means they are very similar to the juice we make at home. The difference between them is that this type of canned juice undergoes heat treatment to preserve its nutritional value and make it last as long as possible.

12. Are juices made from rotten fruit?

According to the legal regulation for the manufacture of juices, juice must be produced from “hard and ripe fruits that are fresh, frozen or dried”, and the juice cannot be extracted from rotten fruits.

13. Is rock salt effective in preventing some diseases?

Like other types of salt, rock salt does not have any special benefits. Scientific studies have revealed that excessive salt intake leads to high blood pressure associated with cardiovascular disease. Since sodium represents 97% of the components of rock salt, an excess of it is harmful to health.

14. Is gluten consumption bad for everyone?

It is recommended that people with celiac, who make up less than 1% of the population, eliminate gluten from their diet, especially those with gluten intolerance or gluten sensitivity. This is not due to the presence of pathogens in gluten, but rather because the body of people with these digestive disorders reacts differently to gluten.

Gluten is a protein found in grains such as wheat, barley and rye. A gluten-free diet can negatively affect health if you do not have a problem with gluten. According to a 2017 report by the American Heart Association, a diet low in gluten increases the risk of type 2 diabetes.

15. Is it safe to use olive oil for cooking or frying?

Olive oil is divided into types, including extra virgin olive oil and refined oil, and each type is suitable for cooking and frying. Although there are no warnings about the use of olive oil in cooking, heat treatment of the oils loses some of the beneficial phenolic compounds.

16. Does eating foods subjected to irradiation sterilization lead to a buildup of radiation inside the body?

The goal of radioactive sterilization of food is to eliminate pathogenic microorganisms, food putrefaction and parasites, and to keep food safe and sound for as long as possible.

Reputable scientific institutions have conducted many researches on this technology for more than 30 years and have proven that foods subjected to radioactive sterilization do not contain radiation. This has been confirmed by the World Health Organization, the Food and Agriculture Organization of the United States, the International Atomic Energy Agency, the Centers for Disease Control and Prevention and various other scientific bodies. Even NASA astronauts consume foods that have been sterilized with ionizing radiation to avoid foodborne illnesses during their spaceflights.