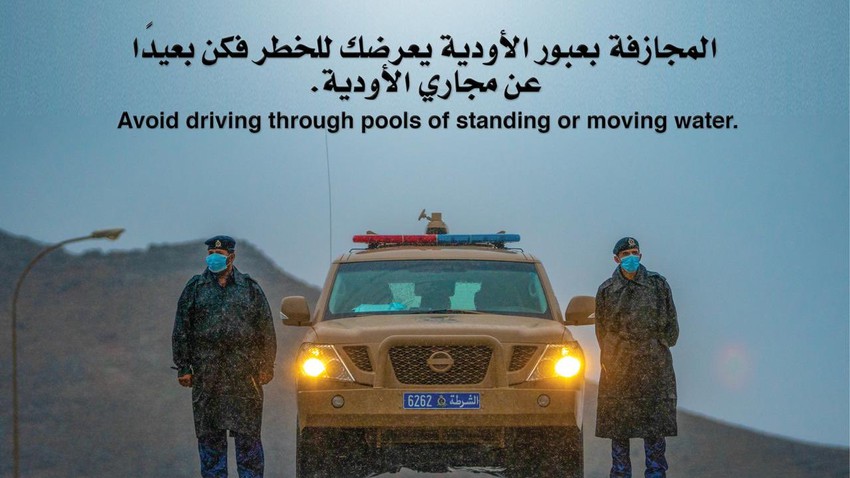 Weather of Arabia - The Sultanate of Oman is affected by unstable weather conditions, in which thunderstorms have multiplied, which led to rainfall of varying intensity between medium and severe in many areas, including parts of Al Sharqiah and Dhofar.

Floods formed and valleys ran as a result of heavy rains in many areas, which led to the detention of some families and vehicles that the Royal Oman Police dealt with with all seriousness and concern for the safety of citizens. Below we mention to you some of these arrests that took place this morning.

The Royal Oman Police also alerted the citizens with many alerts and warnings to avoid any accidents due to heavy rain, torrential flow and valleys, through several tweets on the police account on the Twitter platform.