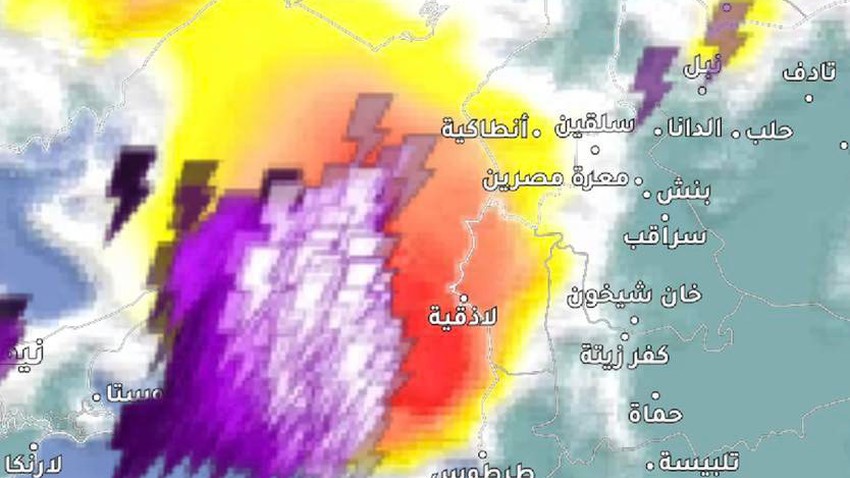 Arab Weather - A rare rainstorm for this time of the year headed towards the Syrian coast and the city of Latakia as of the late night hours of Friday / Saturday night, accompanied by severe thunder activity that appeared through satellite images captured by Arab Weather, and the lightning monitor.

#watch | The lightning radar for Arab weather monitors the strength of the thunderstorm that affected Lebanon and the Syrian coast at dawn today .

Large amounts of clouds multiplied at different altitudes, and heavy rains began in conjunction with the occurrence of strong thunderstorms, and rain clouds gradually spread from the Syrian coasts towards the interior of the country, and rain clouds extended to the Lebanese coasts and some inland areas.

The scientific reason behind the "summer" rainstorm on Syria and Lebanon

The strength of the case was reinforced by the presence of a shallow depression near Syria and Lebanon that contributed to facilitating the process of raising the warm air upwards, which collided with the cold air mass, causing the formation of thick cumulus clouds, and as a result of the thermal differences, thunderstorms were formed that can be described as severe.