The second cyclone this month..a few hours away from hurricane Amnati to sweep Madagascar 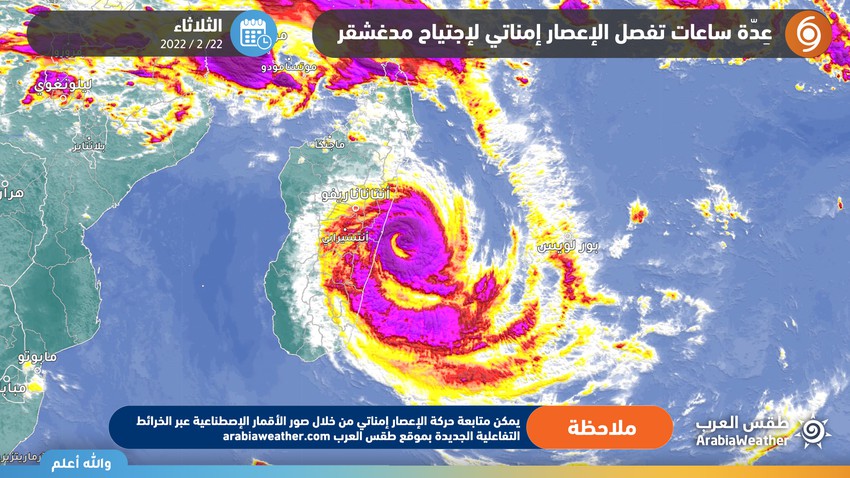 Arab weather - every year and during the period from November to April, the hurricane and tropical season begins in the southern hemisphere, but the peak of hurricane activity is during February of each year. Madagascar is considered one of the countries prone to tropical situations, as it was affected at the beginning of this month by Hurricane Patsiri, which left more than 120 people dead.

Two hurricanes in a month

The latest information issued by the forecast staff at the Arab Regional Weather Center indicates the existence of another tropical condition off the coast of Madagascar, which was formed a few days ago and was classified as the third degree, but the strength of the hurricane fell to the second degree as it moved towards Madagascar.

It is expected that Cyclone Amnati will hit the southeastern parts of the island of Madagascar as a second-class hurricane during the late evening hours of Tuesday 22-02-2022, accompanied by strong winds exceeding 160 km/h with rainfall exceeding in some areas the barrier of 250-300 mm. Interestingly enough, Amnati follows the same path as the previous hurricanes, myself and Patsiri, who enriched earlier this season.