The space station disposes of 2.9 tons of waste in space ... What is its fate! 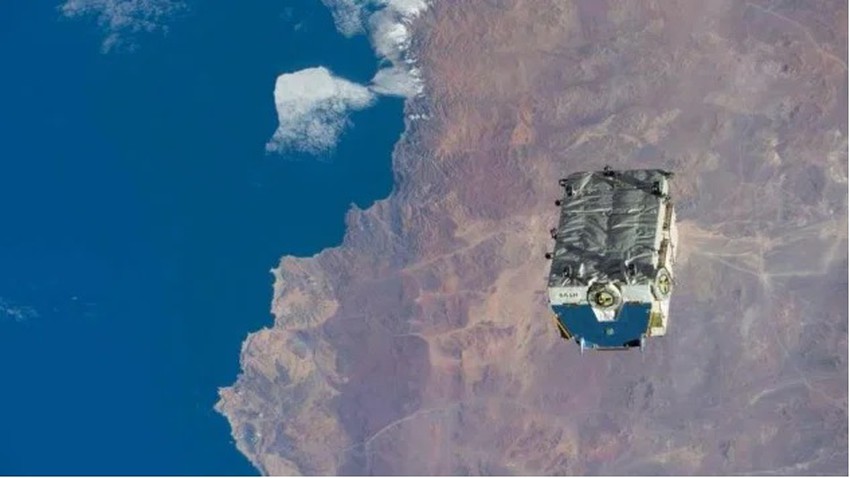 ArabiaWeather - Last week, the International Space Station launched a huge piece of scrap into space, which is a pallet of old batteries the size of a four-wheel drive car, to be the heaviest single piece that the station ever disposes of, but what usually happens to pieces of scrap that are launched into space? Where does her fate end?

This platform became the largest object to be separated from the International Space Station, and launched as a piece of junk into space, thus setting a new record after the piece that astronaut Clay Anderson discarded during the STS-118 mission in 2007, which was half the mass of this platform.

The platform arrived at the station last year in a Japanese transport vehicle, as part of an effort to replace the old nickel-hydrogen batteries on the space station with new lithium-ion ones.

The batteries were supposed to be placed inside the HTV spacecraft and thus burned upon entering the atmosphere on the return flight, but the failure of the Soyuz rocket carrying two astronauts in October 2018 disrupted this scheme, and so the space station managers decided to get rid of the batteries platform in space.

What happens to the piece of junk that has been thrown into space?

NASA said in a statement that the piece is moving safely away from the station, and will orbit around the Earth for two to four years before it approaches the Earth's atmosphere and burns in it without causing damage, but the matter is still uncertain, as some question the possibility of the block burning Completely bulky without causing damage.

Earlier, the Chinese space station Tiangong-1 , China's first space station where it hosted astronaut crews, fell in 2012 and 2013, and the school bus-sized vehicle ended up crashing to the ground over the South Pacific in April 2018.

And experts at NASA confirmed that the piece does not pose any threat of colliding with other objects in space, but it will be tracked by the US Space Command to ascertain its final fate.

According to the European Space Agency, researchers estimate that Earth's orbit is filled with approximately 34,000 pieces of debris that are at least 10 cm wide, and 128 million pieces 1 mm wide or larger.

(The amount of space waste in Earth's orbit over the years)