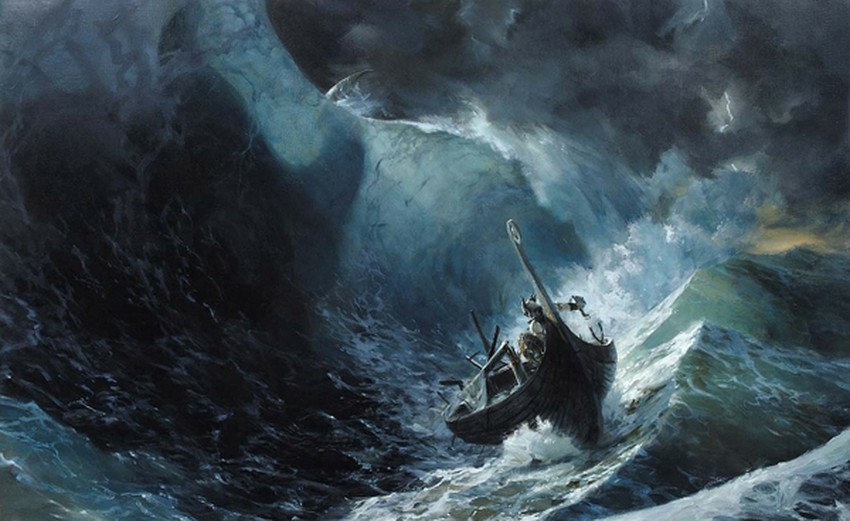 The storm killed 8,000 Gulf citizens in one hour

Some citizens in the Gulf states may be unaware of the magnitude of the disaster in their region at the beginning of October 1925, which killed nearly 8,000 people in just one hour. The region was hit by a storm at the end of September of that year. Some of her elderly people described her as a "devastating cyclone," which is known locally in the east coast of Saudi Arabia, Bahrain, Qatar and the southern Emirates as "the year of the edition."

Historians report that the storm destroyed about 80% of fishing vessels and boats that were present at sea at the time of the storm, and caused extensive destruction and destruction of houses and property in the coastal areas, especially Qatif, eastern Saudi Arabia, and grief and fear along the eastern coasts of the Gulf After the storm sanded thousands of women and their children were orphaned.

Details and novels by the ancestors documented by historians

The old fishermen who were at sea tell important details of the weather experts about what they say about Friday night, 13/3/1344, it was a very distinctive night calm and serenity, and the moon, which was full in the middle of the sky, and from the sea was a glass panel in a description reflects The intensity of the stillness of the wind, and before the midnight of the sailors and sleepers suddenly appeared on the horizon "red cloud" approached them very quickly, as soon as it arrived until it blew with strong winds, not by nature as any wind, it was landing on them from above, carrying with them gravel and sand And thundered thunders and waves of the sea, and are just moments until most of the ships turned I had wreckage after the waves overturned and turned from sailors to dead sea water.

In an interview with Qatari television, Uncle Ibrahim bin Ali al-Muraikhi tells the tragic details of the story of the only survivor of a crew of a ship that was turned upside down and turned into wreckage near a pearl diving at sea.

Bandar Kar, the first doctor to arrive in Bahrain in early 1925, confirms that the disaster that struck the region that day carries tragic details will never forget; because it brought grief to every home in Bahrain, the loss of one of its members.

The "Bandar Carr" that the number of ships that were present in the pearl banks in the middle of the Gulf at the time of the storm reached 700 ships, carrying nearly 25 thousand sailors, and immediately after the storm evacuated people gathered on the coasts to inspect their families and to identify the bodies and to know who lived and who died in these The disaster.

Scientific analysis of what happened through novels

From the data we have, and in the absence of satellite systems and meteorological observation at that time, it can be concluded that the weather situation affected by the region was not exactly a hurricane, but was the result of a strong state of atmospheric instability affected by The eastern parts of Saudi Arabia, which in turn worked to form a huge sandstorm wall carried with dust and gravel, to rush quickly to the waters of the Arabian Gulf and reach Qatar, Bahrain and the south of the UAE.

The "red cloud", its high speed of movement and the large amount of gravel and sand it carries indicates that it is a sandstorm, not a hurricane, and that the hurricane often starts gradually and not as suddenly as that day.

Concerning the opinion of specialists in the "Arab Weather Center" regional weather forecaster Hassan Abdullah that the eastern region of Saudi Arabia has been affected by a strong state of air instability, where it was observed the flow of cold air through the upper and middle layers of the air in conjunction with the hot and humid atmosphere Strong aerial instability forms dense clouds and heavy thunderstorms accompanied by strong winds.

The eastern region at that time of year usually sees the development of thunderstorms due to the onset of cold air flowing through the upper layers, locally called “haqban”, which usually occurs in Qatar, Bahrain, and the Arabian Gulf coasts at that time of year. That year, it evolved considerably and formed powerful storms, not just local thunderstorms as narrowly as they normally would.

Thunderstorms that form locally in the Gulf and coincide with high temperature and humidity are very strong and accompanied by strong winds, due to the availability of great potential energy found in water vapor in large quantities in hot air.