The story of Black Friday.. and how it turned from an economic disaster to the most famous day in the history of the United States 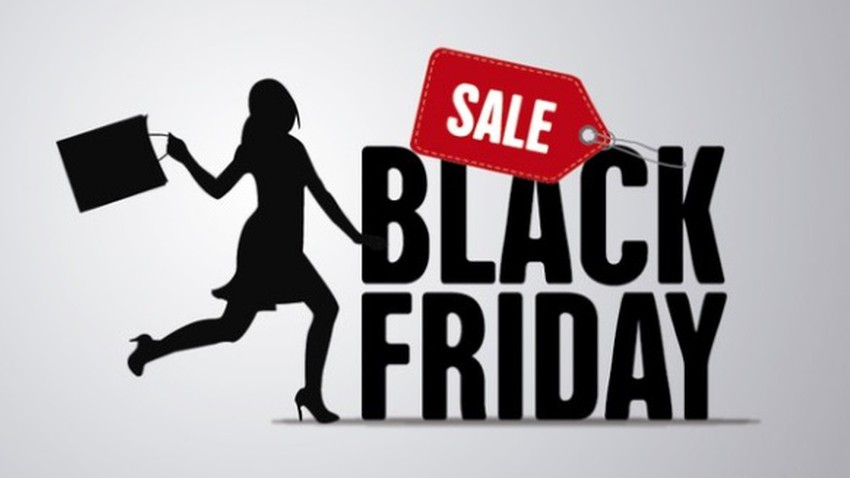 Weather of Arabia - Black Friday has become one of the busiest shopping days of the year in the United States, with stores traditionally offering special offers on the prices of a variety of goods in an attempt to lure shoppers to stores while offering similar deals online, but what's the story Black Friday price cut? Why is it called Black Friday? Why is it sometimes called White Friday?

Historically, Black Friday or Black Friday was linked to the economic crisis and financial conditions that took place in America in 1869, when two money holders tried to limit the country’s gold market to the New York Gold Exchange by buying as much of the precious metal as possible, with the intention of raising prices to the level of Standard, but President Ulysses Grant's intervention caused their plan to unravel, and the stock market instantly collapsed, bankrupting thousands of Americans.

After that, the state of buying and selling stopped and the goods became idle, so the state announced major discounts on goods and products, and so this tradition continued and major stores opened their doors in the early morning and people stood in long queues until the time set for opening the markets, and people also accepted on websites to take advantage of The discount offers range from 20% - 90%, and last for one day, after which the prices will return to what they were before.

Why is it called Black Friday?

Black Friday falls on the last Friday of November every year, and it comes the day after Thanksgiving in the United States of America, and is considered a prelude to the season for buying Christmas gifts, and many believe that the term Black Friday is derived from the concept that companies work at a financial loss throughout the year, so they remain "In the Red Zone" until the day after Thanksgiving, when massive sales finally allow them to turn a profit, taking them to the "Dark Zone" but that's not true, and here's why it's called Black Friday.

The most accurate explanation for describing this day as "black" dates back to the early 1960s, when police officers in Philadelphia began using the phrase "Black Friday" to describe the chaos that resulted when a large number of suburban tourists came to town to shop as the holidays began. Citizens gathered in front of the shops, and the huge crowds caused pressure on the policemen, who worked in shifts longer than usual as they dealt with traffic jams, accidents, theft from stores and other issues, so the Philadelphia police called “Black Friday” because of the events they witnessed On this tiring day.

Within a few years, the term Black Friday took hold in Philadelphia, and the city's merchants tried to better name the day by sometimes calling it "Big Friday." In the late 1980s, the term took on a positive face when merchants began spreading the story of the high profit of that day, And the transition from "red" to "black".

In recent years, another legend has emerged giving an ugly twist to this tradition , claiming that in the nineteenth century Southern plantation owners could purchase enslaved labor at a discount the day after Thanksgiving, although this claim of Black Friday's origin has led some to The call to boycott this day, but it has no basis in reality.

Why is it called White Friday?

Despite the spread of the name Black Friday, some countries call it “White Friday”, and the first to use this name is the Kingdom of Saudi Arabia through one of the major companies, where it saw that the black color expresses sadness and pessimism, and does not fit with Friday.