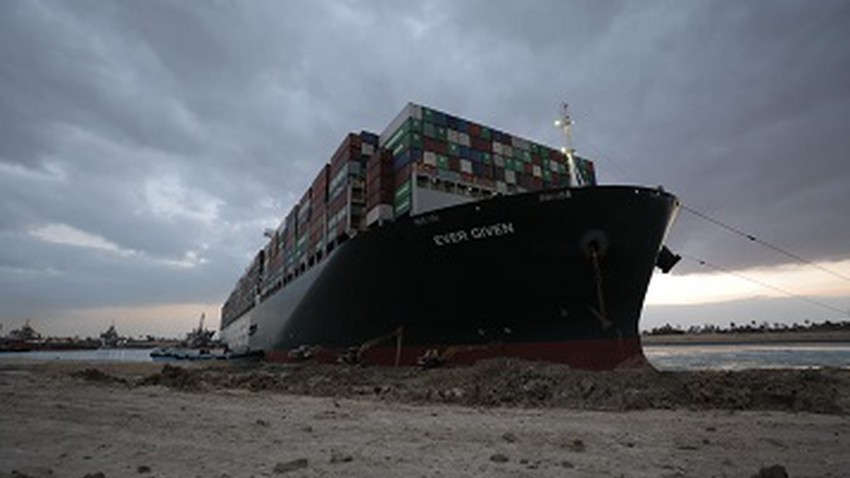 Weather of Arabia - Lieutenant-General Osama Rabie, Chairman of the Suez Canal Authority, announced today, Monday, that the delinquent Panamanian container ship EVER GIVEN has begun to float successfully after the ship responded to the tension and towing maneuvers, as the ship’s course was significantly modified by 80% and the stern of the ship moved away from the shore by 102 meters instead of 4 meters.

The maneuvers are scheduled to resume again as the water level rises to its maximum height in the period from 11:30 a.m. to reach 2 meters, allowing the ship's course to be completely modified to the midway.

Lieutenant General Rabie sent a message of reassurance to the international maritime community to resume navigation in the canal once the vessel is fully floated soon and directed to wait in the Lakes region for its technical examination.

The Chairman of the Authority praised the heroic men of the Suez Canal Authority who performed this great work, appreciating their efforts during the last period and for carrying out their national duty to the fullest, with full confidence in the completion of the work by 100%.

Tensioning maneuvers to float the EVER GIVEN Panamanian ship begins

With a tensile strength of 160 tons each, while 4 tugs push the stern of the ship southward, and the two new tugboats include “Abdel Hamid Youssef” and “Mustafa Mahmoud” with a tensile strength of 70 tons each, and the two tugs Port Said 1 and Port Said 2. The Dutch APL GUARD tug with a force of 285 tons, and the Maradev tug. The two tugs, "Long Live Masr 1" and "Long Live Masr 2", are pushing the bow of the ship towards the north.

It is worth noting that the Dutch locomotive APL GUARD arrived Sunday evening, as part of the Dutch SMIT team, to participate in the efforts to float the delinquent Panamanian container ship.