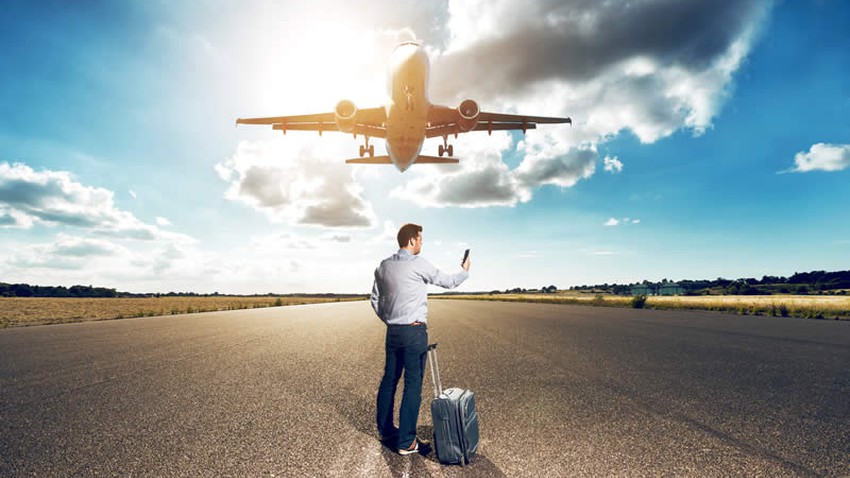 Weather of Arabia - In travel we explore new regions and different cultures, and perhaps the strangest situations have occurred with us while traveling, as travel is associated with strange and unfamiliar things, and here we will take you on a tour with some of the strangest facts about travel, according to the lonelyplanet website specialized in travel and tourism affairs.

Singapore Airlines' longest commercial flight takes off from Singapore to New York, with a flight time of 18 hours and 50 minutes, and a travel distance of 9,537 miles.

The shortest commercial flight takes just a minute and a half, between the neighboring islands of Westray and Papa Westray in Orkney in Scotland, and the fastest on record took less than 50 seconds.

Japan's most famous trains in the world, give passengers a "delay certificate" if the train is more than five minutes behind schedule, so that the passenger can show the certificate to superiors or teachers to explain the reason for the delay. Delay certificates are also issued for some trains in Germany and Paris.

4. The most expensive airport taxi in the world

Travelers should be careful when taking a taxi from Tokyo's Narita Airport. According to a study by Moneycorp, a Japanese exchange company, the trip is the most expensive airport-to-city transfer in the world, costing an average of $235.

This fact indicates that if the tracks of the Indian Railways were placed in one line, they could circle the world one and a half times.

Ethiopia maintains its own calendar, which is related to the reasons for the difference in the envisaged date of Christ's birth. The Ethiopian calendar is seven to eight years behind the Gregorian calendar, and in Ethiopia the new year (2015) began on September 11, 2022.

Despite spanning over five geographic time zones, China has one specific time, which is applied across the country, and China Standard Time is UTC+8.

8. The longest country name in the world

The official name of the United Kingdom "United Kingdom of Great Britain and Northern Ireland" makes it the longest recognized name in the world.

9. The food of pilots and co-pilots is different

As part of the standard aviation agreement, pilots and co-pilots do not eat the same food before a flight, in order to avoid the risk of any disturbances or food poisoning for both during the flight.

In a survey conducted in 2000 by the Fuji Research Institute, respondents placed instant noodles at the top of the list, becoming the greatest invention for Japanese people according to the survey.

11. The Great Wall of China disappears from space

Despite the length of the Great Wall of China, it is not visible from space even from low Earth orbit, and viewing it requires the use of magnifying glasses.

12. Why are the minarets of the Taj Mahal tilted?

The minarets of the Taj Mahal in India were built slightly outward, to ensure that if the structure collapsed, the minarets would fall away from the central tomb and not destroy it.

Rocks are used as currency on Yap Island, Micronesia, and the value of each rock depends on its size and source.

Although US dollars are now beginning to be used for daily purchases on the island, rocks are still used for ceremonial transactions, and yap also uses turmeric, shells, and cloth as official currency.

The story goes that Walt Disney used to keep tabs on visitors in the park and see how many steps they took before littering, and as a result you'll find that any litter box is 30 steps away in any Disney park.

15. The lowest point in the world

The Dead Sea region between Jordan and Palestine is considered the lowest point on Earth and one of the most saline bodies of water. The turquoise waters of the Dead Sea have long attracted many tourists for their healing features. Although fish cannot live in the Dead Sea, bacteria, algae, and 80 types of fungi can adapt to it.

To visit Jordan and the lowest point in the world and enjoy the healing benefits of the Dead Sea, see the details from here