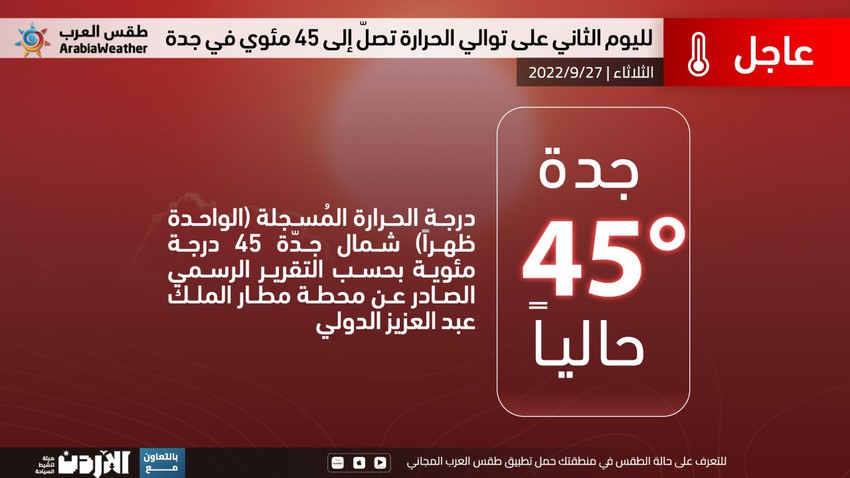 Arab Weather - In the official periodic hourly report issued by King Abdulaziz International Airport, the report indicated that the temperature at the airport reached 45 degrees Celsius at 1 pm on Tuesday. This comes as a result of the fact that the city of Jeddah continues to be actively affected by the "eastern" saba winds, which in turn raise temperatures to summer levels.

It is noteworthy that the city of Jeddah occupied on Monday the highest maximum temperature on the face of the globe, at 45.5 degrees Celsius, exceeding all regions of the world, despite the advent of autumn in the northern hemisphere.