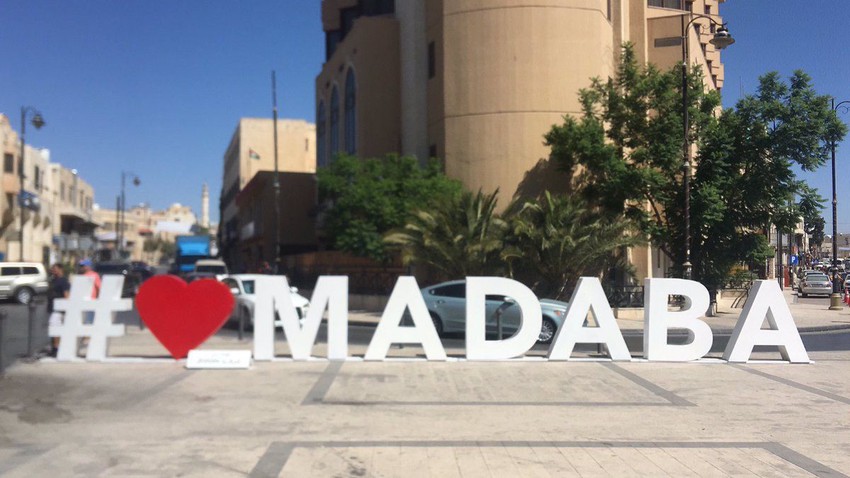 Arab Weather - The Arab Tourism Organization announced that the city of Madaba in Jordan had won the title of Arab Tourism Capital for 2022, after achieving all the criteria and terms of reference prepared by the organization.

Madaba, also known as the city of mosaics, is famous for being a city rich in heritage, heritage, archaeological, religious and historical monuments, in addition to the scenic natural attractions of distinctive valleys and unique mountain views.

To visit the city of Madaba and get to know it closely , book your trip here

Get to know Madaba

The Jordanian city of Madaba is very famous for its mosaic art, and it is one of the most important craft cities in the world for this art. The city has a special heritage in its alleys, ancient Byzantine churches, mosques and unique architecture. It also contains the only institute in the world to teach this art, until it was called the city of mosaics , and the map of Madaba is one of the most important mosaic monuments in the city. 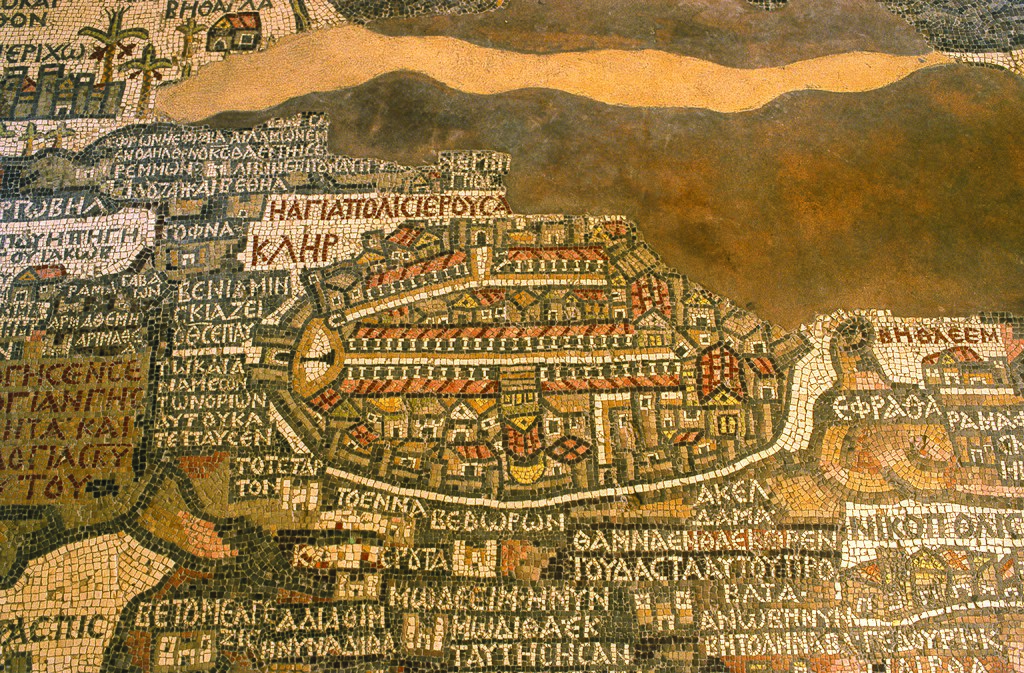 Madaba is located to the south of the Jordanian capital Amman, 30 km away from it, and overlooks the Dead Sea, the lowest point in the world. With its picturesque valleys and unique mountain views, Madaba is famous for its fertile soil, which includes large agricultural areas.

The most important tourist attractions in Madaba

It is a walkway with a length of 2 km and is located in the center of the old town of Madaba and one of the most famous places of tourism in Madaba. Craft and heritage markets in Madaba. 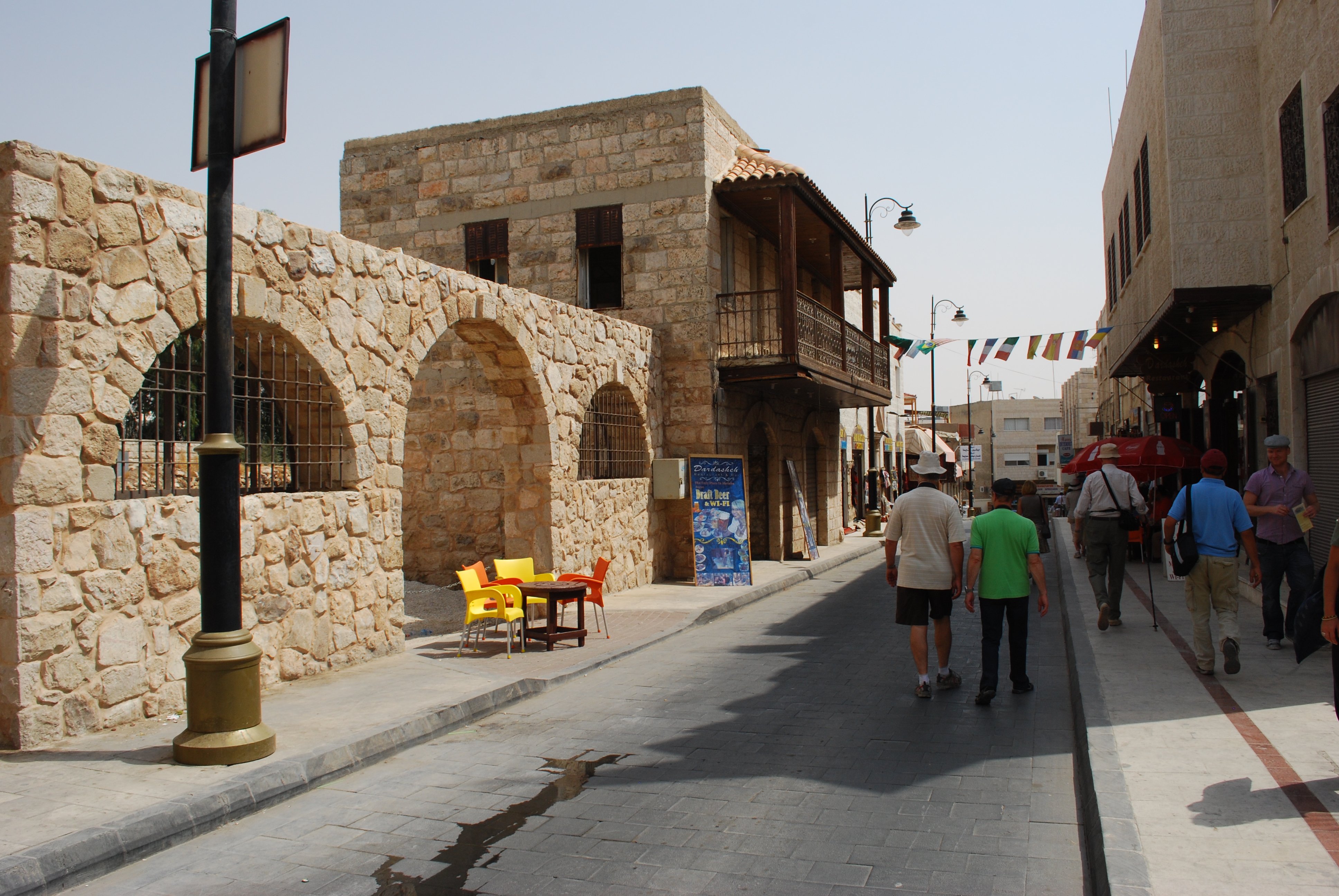 The Madaba Archaeological Museum was established in 1979. It is an archaeological museum that consists of a group of old houses, with floors furnished with mosaics, in which Madaba is famous. The museum includes two sections: the Antiquities Museum and the Popular Museum, in addition to models of the Madaba traditional house. The archaeological holdings are displayed in the museum chronologically, as the museum displays artifacts from the Bronze Age to the Islamic eras.

The Ottoman Palace of Madaba

The history of this building dates back to the Ottoman period in 1896, and it is an archaeological building located on the highest hill within the heritage path in the city of Madaba. Its engineering design covers an area of 450 m2 and consists of two floors in the form of a square of distinctively carved stones. The second floor was added in 1922, and a large yard is attached to the building.

Take a fun trip to the capital of Arab tourism for 2022, book your trip here

The ancient Makawir Castle is located 32 km southwest of Madaba, near the village of Makawir and overlooking the Dead Sea. . Then its sovereignty was transferred to the Romans, according to the historical indications found in the mosaic inscriptions found in the remains of the castle, and it is the oldest mosaic found in Jordan.

The castle is famous for its historical importance for being the place where our master Yahya, peace be upon him (John the Baptist) was imprisoned and martyred at the hands of the Roman ruler Herod. Some of the remains of this castle that indicate its existence, such as columns, towers and part of the walls, in addition to the oldest piece of mosaic dating back to the late first century BC.

Mount Nebo is located in Jordan on the highest peaks of the Madaba mountains, 41 km from the capital Amman and 10 km west of the city of Madaba. At an altitude of 817 m above sea level, it overlooks the Dead Sea on the edge of a collapsing crater. It is a site of historical sanctity and its location is distinguished by the fact that it reveals large areas that reach the lands of Palestine and Jabal al-Sheikh , where on clear days the Dome of the Rock appears from it. It is one of the most important tourist areas in Madaba. It is a site of historical and religious significance as it is believed to contain the remains of the Prophet Moses.

Read also: Learn about the Jordanian region from which you can see Al-Aqsa Mosque in Palestine

The city of Madaba contains many places of religious tourism that attract many tourists, and the following are the most important of these religious attractions:

Church of John the Baptist - Latin Monastery in Madaba

It is a Latin Catholic church in the center of the city on top of Madaba Hill. It is considered one of the most important and oldest churches in the city of Madaba, which was established in 1883. The church contains frescoes, and an acropolis consisting of ancient vaults and a well dating back to the time of the Moabite state, and it includes Byzantine mosaics that were It is located in the ancient city of Umm al-Rasas, and then it was transferred to the church.

The Church of the Map (Roman Orthodox) in Madaba

Also called St. George Church, it is located in the center of Madaba city within the Madaba Heritage Trail. Its founding dates back to 1896, when it was rebuilt on the remains of an old Byzantine church dating back to the sixth century. Among the most important assets in the church is a mosaic map of the Holy Land, measuring 15.75 cm in length and 5.60 cm in width, and centered on the map is the city of Jerusalem.

Church of the Virgin in Madaba

It is also called the Mariamia Church. This church was established in the seventh century AD and is located within the archaeological park of Madaba in the middle of the old city. The mosaic decorates the grounds of the church and is the last floor mosaic implemented in Jordan. The church consists of a circular pavilion and its walls are decorated with inscriptions in Greek writing.

The Church of the Martyrs in Madaba

The history of this church dates back to the Roman era in the sixth century AD. The church is considered one of the most famous Roman monuments in the city of Madaba. It contains three doors, columns, an altar and a unique decorated mosaic floor. It was restored and received visitors in 2012 in cooperation with Greek government. The Church of the Martyrs in Madaba is considered the best evidence of the Byzantine basilica style of churches.

Church of the Apostles, Madaba

It is considered one of the most important and oldest churches in Madaba. It is a Byzantine church that dates back to the year 578. This church was discovered in 1902 and its construction consisted of three galleries, including a mosaic floor representing the sea, fish and marine animals. The current building of the church was executed by Architect Ammar Khamash and the church was restored in 1993.

Many destinations await you when you visit Jordan, choose your destination and book your trip from here