The world shares one concern by giving 60 Minutes for the Earth, so what is Earth Hour? And what are its objectives? 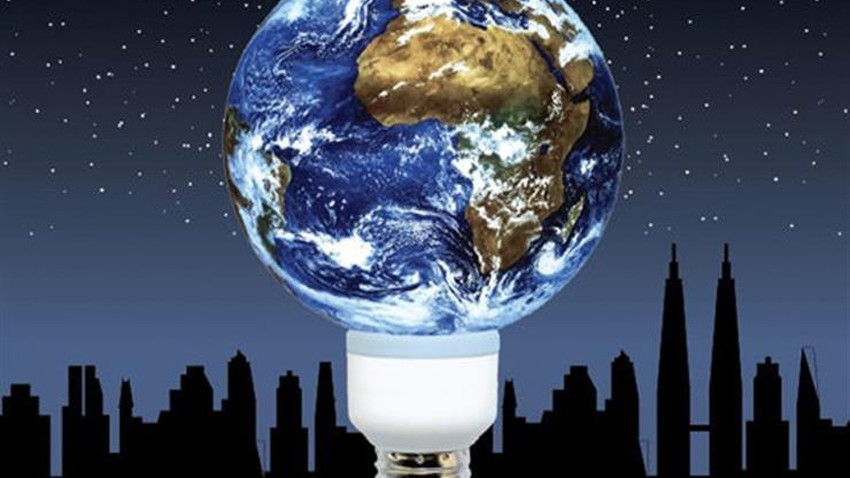 Arab Weather - “Earth Hour” is a global event that is organized annually to encourage the world to turn off unnecessary lights and electronic devices for one hour from 8:30 to 9:30 pm local country time, on the last Saturday of March of each year This is with the aim of raising awareness of the danger of climate change that the world is witnessing.

This year 2022, the world will participate on Saturday, March 26, in the global campaign to rationalize energy consumption to confront global warming, “Earth Hour” by turning off unnecessary lights. This campaign provides a strong message of the need to preserve natural resources for future generations.

It is a call for individuals and institutions to participate in reducing energy consumption, which leads to a reduction in greenhouse gas emissions.

The start of the Earth Hour campaign through the World Wide Fund for Nature was a symbolic event to turn off the lights in the Australian city of Sydney in 2007, and now Earth Hour has become one of the largest grassroots environmental movements in the world, with millions of people participating in more than 180 countries and regions, So that everyone turns off their lights to show support for our planet.

The Earth Hour campaign has also become a catalyst for positive environmental impact, using people's power and teamwork to bring about change in key legislation with the goal of protecting the Earth.

The goal of the Earth Hour campaign

When the campaign first started in 2007, people around the world were encouraged to turn off their lights to draw attention to climate change, and more than a decade later, the climate crisis is still raging, even worsening and we are witnessing a rapid loss of biodiversity and natural systems .

Not only does nature provide us with food, water, clean air and many other things, but it is also one of our strongest allies against climate change, so protecting nature is one of the immediate and most cost-effective solutions to the climate crisis.

Earth Hour today aims to raise awareness, and direct the world's attention to protecting nature not only to combat the climate crisis, but to ensure our health, happiness, prosperity and even our survival on Earth.