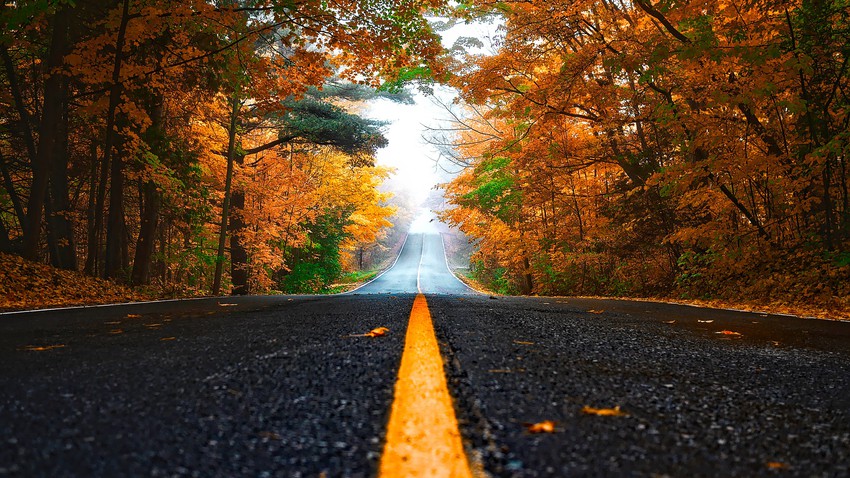 Arab weather - according to astronomical calculations, it is expected that the fall season will begin astronomically on 9-22-2021, in the northern part of the globe, which is the day of the autumnal equinox, when night and day are completely equal throughout the globe on that day, and that As a result of the sun perpendicular to the equator in its apparent journey to the south.

Starting on 9-22-2021, the night begins to gradually gain additional minutes from the day in the northern hemisphere, as the night hours become longer than the daytime hours, which works to gradually decrease the temperature of the northern part of the globe, but this does not prevent From the formation of heat waves sometimes in the Arab region, especially at the beginning of the autumn season.

This date is also considered the beginning of one long night that lasts 6 months in the Arctic region, as it prepares for the entry of the astronomical winter during the month of December.

Through this day, citizens can accurately determine their geographical locations, as the sun rises completely from the east and sets exactly in the west.

When does the fall semester begin in meteorology and what is the difference between the two beginnings?

Wednesday, September 1, 2021, marks the beginning of the autumn season from the point of view of meteorology, in the Northern Hemisphere. It extends until November 30, after which winter begins on December 1.

The importance of the autumnal equinox and the fall season

The astronomical significance of the date of the autumnal equinox and the fall season lies in 10 main things: