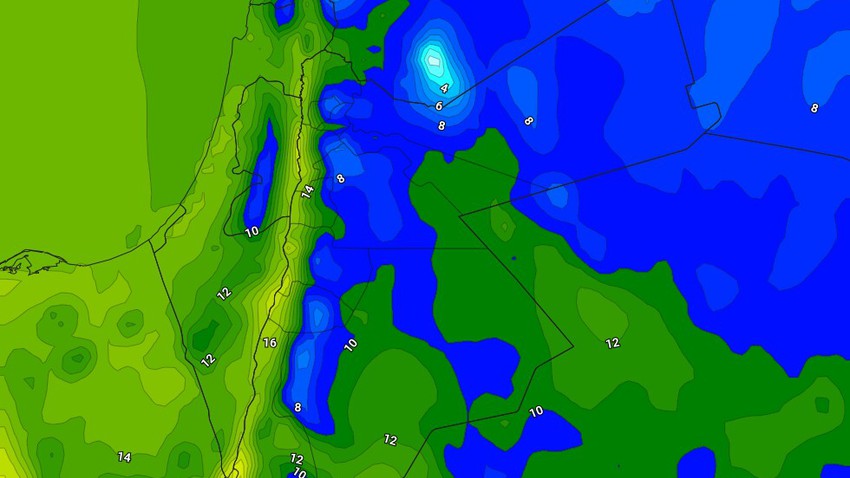 Arabia's weather - the weather is cold in all regions, and very cold over the mountainous heights, but it is stable in all regions, with the appearance of some low clouds in the northern regions of the Kingdom, and the winds are variable in direction, and light to moderate in speed.

Chilly weather at night with the formation of the freeze!

The weather is very severe and cold in all regions of the Kingdom, with freezing forming in many regions, including the capital, Amman, in the midst of a great decrease in temperatures, reaching in some areas except below zero degrees Celsius by several degrees, and the winds are southeasterly moderate to speed, activating at times and increasing Feeling cold when active.