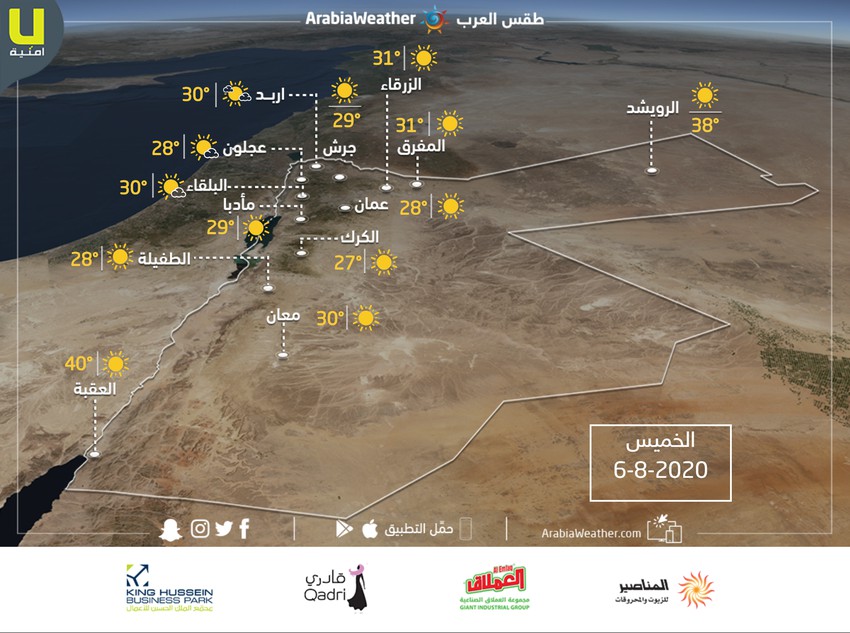 Weather of Arabia - The effect of humid and cooler air masses is expected to decrease Thursday, as temperatures rise slightly, but remain around their rates for this time of year.

And the weather continues to be a normal summer in most regions of the Kingdom, while the wind will be northwesterly moderate to energetic, accompanied by strong gifts in the east of the kingdom in the afternoon and be dusted in the desert areas, especially the eastern.

Therefore, the ritual of the Arabs recommends the necessity of paying attention to the low range of horizontal visibility. As a result of dust and excitement dust in the eastern Badia regions.

With night hours, temperatures rise slightly during the night, and the weather turns moderate in most regions.

Why did the storm not affect Castilda in the Levant

Jordan | A new death from Corona virus was recorded for seventy, suffering from chronic diseases

Jordan | The weather continues to be hot at the end of the week with a chance of limited rain, and the temperature will drop from the beginning of next week

Discount may heat with Eat Delivery