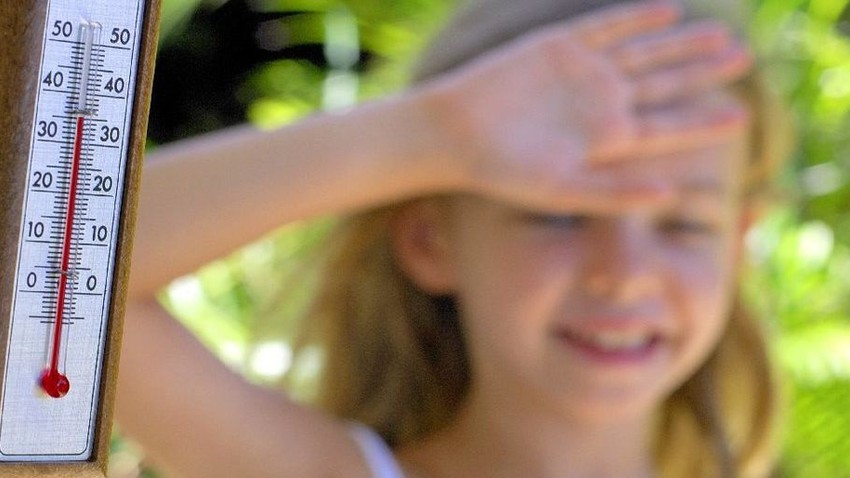 Weather of Arabia - With high temperatures during the summer, the risk of children being exposed to heat stroke increases, especially during the impact of a heat wave, which requires parents to be careful to protect their children from potential risks.

Exposing a child to periods of high temperatures poses three main risks: dehydration, heat stress and sunburn, so it is necessary to take the necessary preventive measures. Here are some tips on how to protect your children from the impact of a heat wave :

You may also be interested in: 10 Solutions to Help You Sleep in Hot Weather

Why is it not recommended to cover the stroller?

Some parents tend to cover their stroller with a coverlet or small blanket when the temperatures rise. However, this is a big mistake because in this case, it gets very hot in the stroller, the air circulation becomes very bad too, not to mention that it is difficult to see the baby when there is a blanket on the stroller.

It is therefore recommended to keep the child in the shade if possible, because even light fabrics can make the interior of the stroller hot, or use the sun canopy, and it is recommended to check the child's temperature regularly during hot weather to keep it stable.

You may also be interested in: This is what heat waves can do to the human body