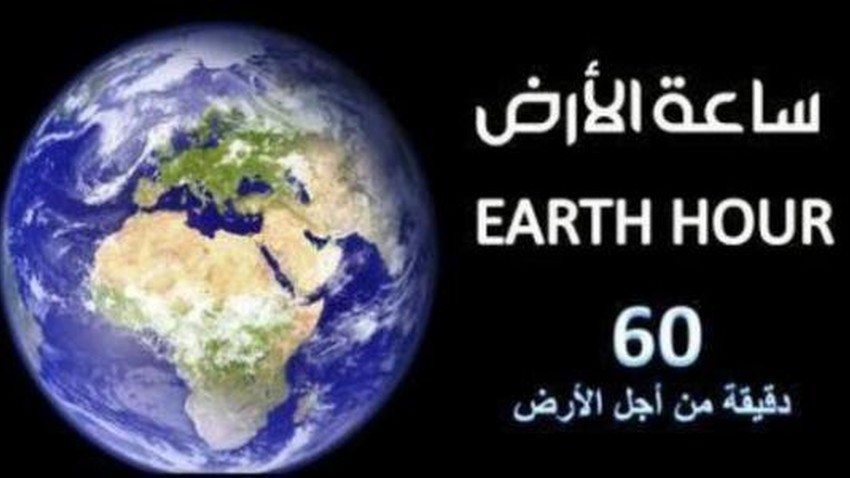 Arab Weather - Earth Hour is a global event that is organized annually to encourage the world to turn off unnecessary lights and electronic devices for a period of one hour from 8:30 until 9:30 pm local local time, on the last Saturday of March of each year This is in order to raise awareness of the danger of climate change taking place in the world.

The Earth Hour campaign through the World Wide Fund for Nature was a symbolic event to turn off the lights in Sydney, Australia in 2007, and now Earth Hour has become one of the largest grassroots environmental movements in the world, with millions of people participating in more than 180 countries and regions. So that everyone turns off their lights to show support for our planet.

The Earth Hour campaign has also become a catalyst for positive environmental impact, using the power of people and collective action to bring about change in key legislation to protect the Earth.

The goal of the Earth Hour campaign

When the campaign first began in 2007, people around the world were encouraged to turn off their lights to draw attention to climate change, and more than a decade later, the climate crisis is still raging, even as it has worsened and we are witnessing a rapid loss of biodiversity and natural systems. .

Not only does nature provide us with food, water, clean air and many other things, but it is also one of our strongest allies against climate change, so protecting nature is one of the most immediate and cost-effective solutions to the climate crisis.

Earth Hour today aims to raise awareness, and directs the world's attention to protecting nature, not only to combat the climate crisis, but to ensure our health, happiness, prosperity and even our survival on Earth.

Earth Hour 2021, an opportunity not to be missed

Earth Hour This world may be different because there is an important opportunity for change. World leaders will come together during major global conferences and forums to set an agenda for environmental action for the next decade and beyond, and critical policy decisions will be made on climate action, nature and sustainable development - decisions that will directly affect The fate of humanity and our planet for years to come.

Therefore, any support, whether at the level of individuals, companies or societies, can make Earth Hour 2021 a prominent event that places issues related to nature at the center of international conversations, thus our voice reaches world leaders and other decision-makers around the world that nature is important and action must be taken. Urgent to protect it and treat the losses inflicted on nature.