Tonight | Very cold polar winds are pushing towards the Kingdom, which are pushing down temperatures to 0 degrees Celsius in some regions 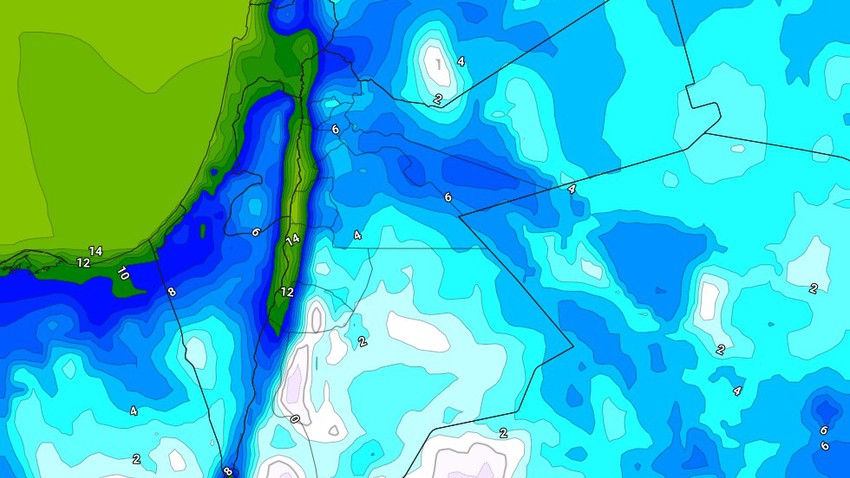 Arab weather - the depth of the extremely cold air mass reaches its peak in the hours of Saturday / Sunday night, as it pushes very cold polar winds in the layers of the atmosphere near the surface of the earth, which will transform the atmosphere to become very cold at night hours, and the temperature approaches zero degrees above the peaks High mountains and parts of the southern desert in the south of the kingdom, and perhaps below zero degrees in some parts, with frost forming over those areas.

Quantities of low clouds and some medium clouds appear, so that the chances of precipitation increase in some northern and central regions, and the rain is accompanied by showers of hail and may be mixed with snow over the peaks of the high northern highlands in the event of availability of precipitation, coinciding with the formation of fog over the heights as a result of crossing low clouds and touching To the surface of the earth.

1- Wearing heavy winter clothes with an emphasis on children's clothes.
2- Be aware of the danger of low horizontal visibility due to dust or fog over heights.
3- A special alert to farmers about the seriousness of the very low temperatures and the effect this will have on crops.