Tropical Storm Elsa threatens Florida with heavy rains in the coming days, and forecasts for a hurricane season around the rate 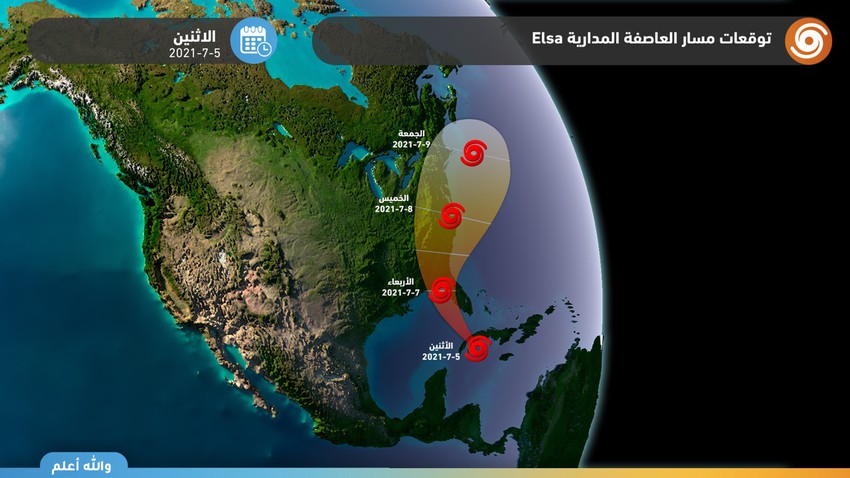 Arab weather - every year and during the period from June to November, the season of hurricanes and tropical conditions begins in the mid-Atlantic and gradually moves towards the Gulf of Mexico or the eastern coasts of the US states, and the latest information issued by the forecast staff at the Arab Regional Weather Center indicates the formation of a central tropical state. It is expected to move gradually towards the US state of Florida in the coming days.

Tropical status is classified as a storm 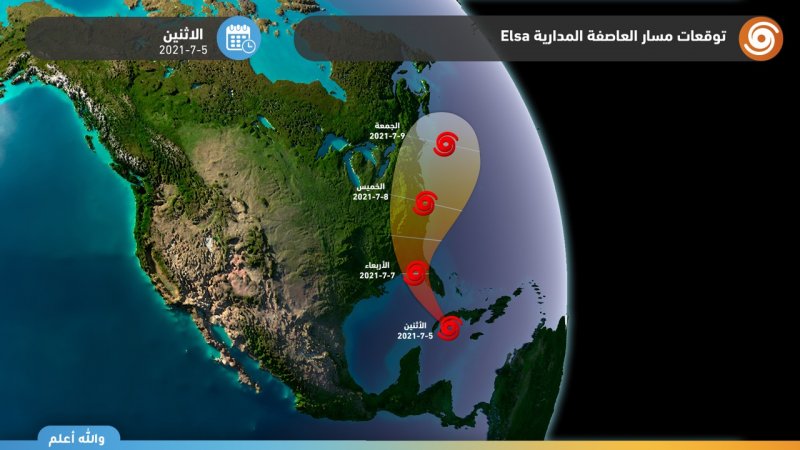 As the tropical storm deepens towards Florida on Wednesday, it is expected to result in flooding and high winds in many areas in the southeastern parts of the United States, and it is worth noting that the longer Storm Elsa stays over the warm waters of the Gulf of Mexico and the Caribbean Sea, the greater the accompanying rains will increase. , as it is known that these tropical states feed directly on the high temperatures, which contribute significantly to the increase in their strength, as they represent the fuel that provides them with the necessary energy.

It is expected that this year's hurricane season will be around its normal rates, as a result of warmth in most of the MDR cyclone development zone, where the ocean surface temperature ranges from 1-2 degrees Celsius above the normal range, and this is due to the movement of surface and deep sea currents, which follow several weather conditions, including The movement and flow of winds from east to west, which means slow in shear winds, which means that wind speed and directions do not change much as they rise in the atmosphere, and this is important because these winds can prevent convection from growing. 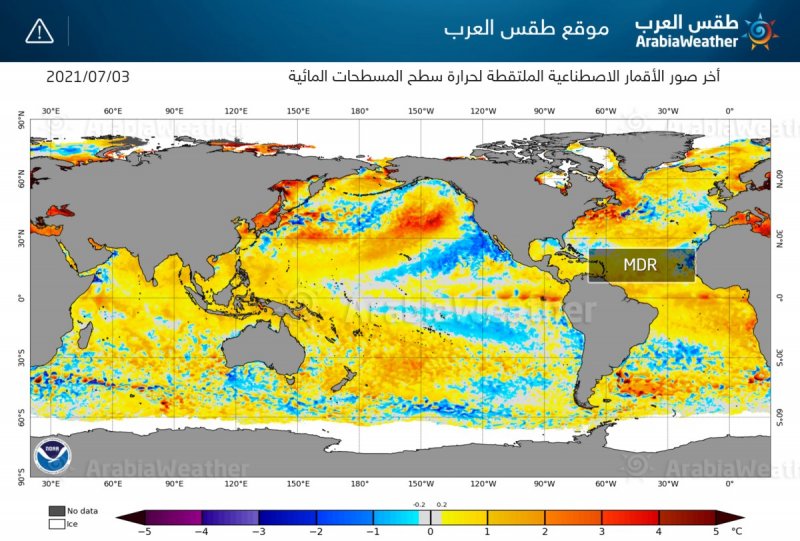 Jordanian Health: 428 injuries and 12 new deaths from the Corona epidemic

Setting the date of the Saudi National Day holiday 91