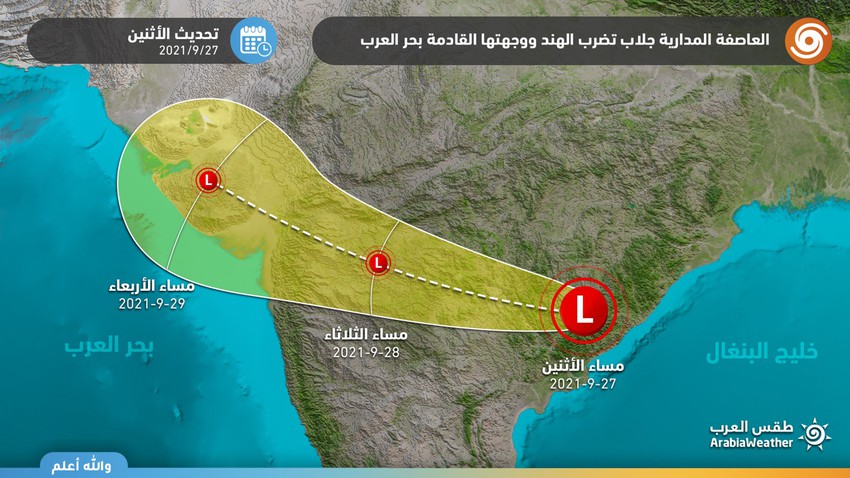 Arab weather - Tropical turbulence continues in the Bay of Bengal, as turbulence soon rushes to India, forming another turmoil in the Gulf, the last of which was Tropical Storm Jallab, which hit the eastern coasts of India this Monday morning, and is expected during the next few days to continue its movement westward towards The Arabian Sea, and here are the details:

In the details, Tropical Storm Jallab moved towards the eastern coast of India, before deepening to a tropical depression before entering the depths of the Indian continent on Monday morning, accompanied by strong gusts of wind that exceeded the 80 km/h barrier and heavy rain in a number of Indian states, approaching 200 mm in one of the regions. Eastern coastal. 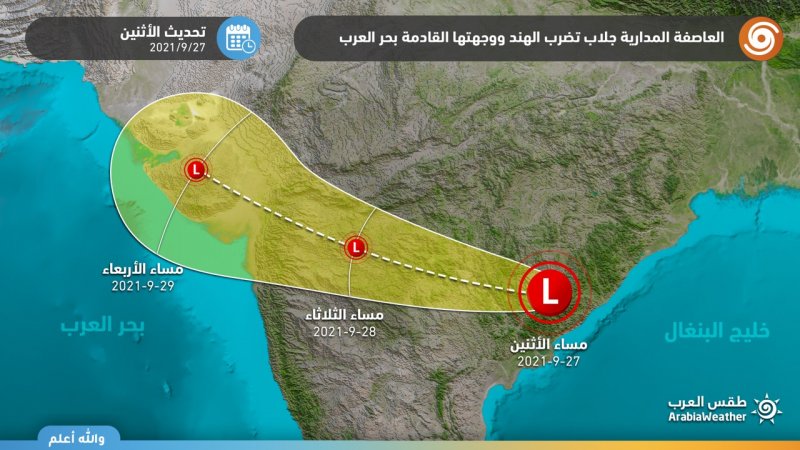 The weather forecast staff in the Arab weather monitors the rush of the tropical situation westward towards the Gulf of Gujarat in the form of a tropical depression, before it draws its energy again over the waters of the Arabian Sea, God willing.

It is worth noting that the Bay of Bengal is witnessing a warming in the surface of its waters, or what is known as the negative dipole bipolar of the Indian Ocean, so that hot water is considered as the operating fuel for these tropical systems, and this explains the succession of tropical turbulence in the Gulf.