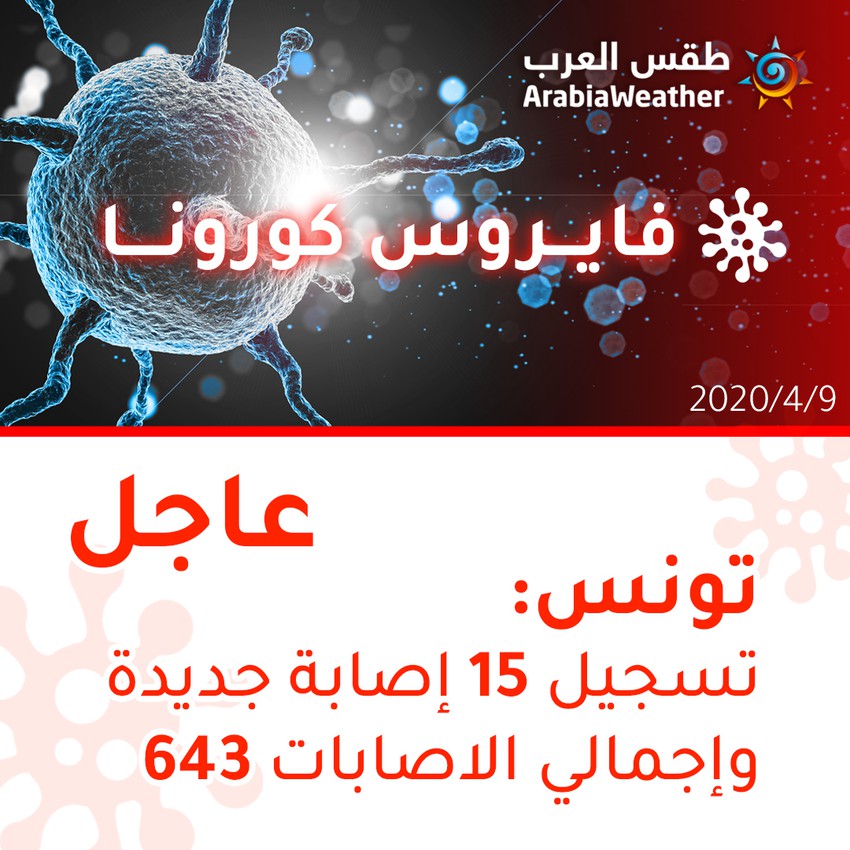 Tunisia 15 new cases of coronavirus were recorded, and the total number increased to 643 cases

Weather of Arabia - The Tunisian Ministry of Health announced today, Thursday 9/4/2020, that 15 new cases of Corona virus and one death had been registered.

In details, the Tunisian Ministry of Health announced that the number of people infected with Corona virus in Tunisia has risen to 643, after 15 new infections were recorded in the last 24 hours.

As it indicated that 33 positive tests had been recorded, 18 of them were previous cases still carrying the virus and 15 new cases, out of 9,570 total tests distributed to 22 Tunisian governorates.

The ministry also announced the registration of a new case of HIV infection, bringing the number of deaths to 25 deaths distributed to several Tunisian governorates.

How does radiation fog occur and what are the conditions for its formation?