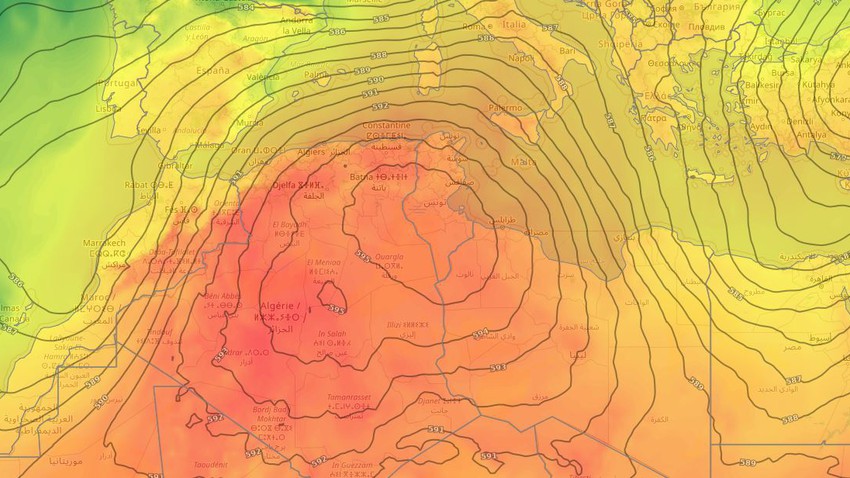 Weather of Arabia - Weather maps indicate that northeastern winds will rush into Tunisia's atmosphere on Wednesday, with a temporary decline in the influence of the very hot air mass, so that temperatures drop significantly in some areas, especially the northern and central regions, provided that the heat wave intensifies as of From Thursday 30-6-2022, the rush and control of the very hot air mass coming from the African Sahara is renewed.

Temporary retreat from the heat wave on Wednesday

The heat wave intensified as of Thursday, and temperatures were forty in most regions

In the details, the effect of the very hot air mass temporarily recedes on Wednesday, and the weather turns into a normal summer over the high mountainous heights, while the weather remains generally hot in the rest of the regions, and the southern regions remain under the influence of the very hot air mass, and some afternoon and evening hours appear. High and medium clouds, with the possibility of some thunder showers of rain in a limited range.

It is expected that the rush and control of the very hot air mass over Tunisia will renew on Thursday, so that there will be a significant rise in temperatures and become higher than their rates for this time of the year by about 8-12 degrees Celsius, and the weather will return to become very hot and dry in general in most regions of Tunisia and will be The temperatures are forty in many Tunisian villages and cities, and quantities of medium and high clouds gradually appear, with the possibility of some showers of rain falling within a limited range, which may be accompanied by thunder, and accompanied by the activity of downward winds that raise dust and dust. 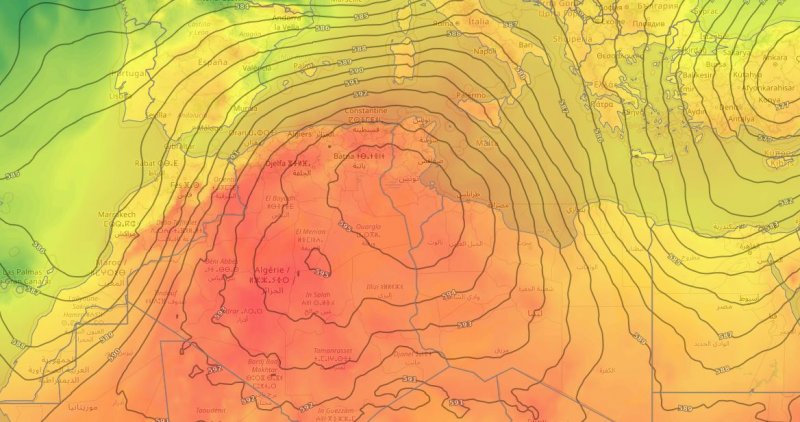 The same weather charts indicate that recent indicators show that the duration of the impact of this wave may continue until the middle of next week, provided that it begins to gradually decline and its impact recedes in all parts by the end of next week, so that temperatures return to their normal rates.