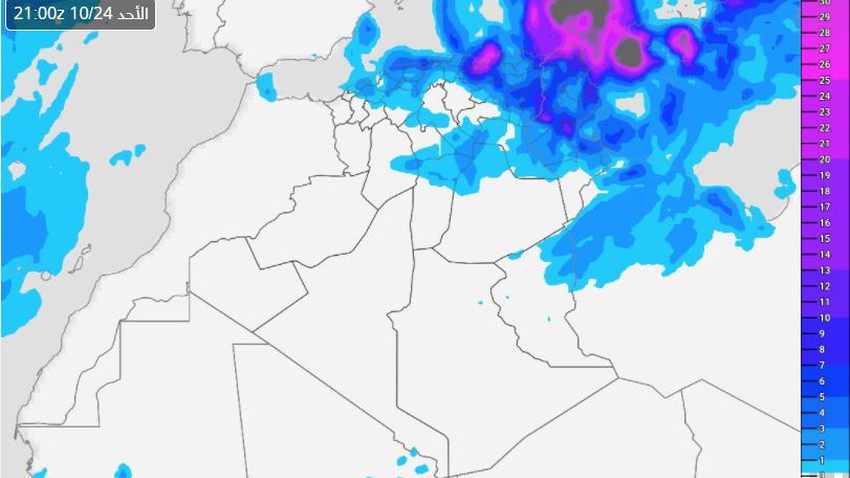 Arab Weather - The weather forecast cadre in Arab weather warns that large parts of Tunisia, specifically the northern ones, are exposed to a wave of very heavy thunderstorms during the next 48 hours, with a high probability of the formation of torrential torrents in some areas, and the following details:

Cumulonimbus with good amounts of precipitation

In the details, on Sunday and Monday, it is expected that large quantities of moisture will flow from the Mediterranean towards large parts of Tunisia, causing strong weather disturbances, and very heavy thunderstorms are expected in large quantities that cover most of the northern parts, especially coastal areas, amid serious warnings of The possibility of some of these areas being exposed to torrential rains due to the expected abundance of rain. 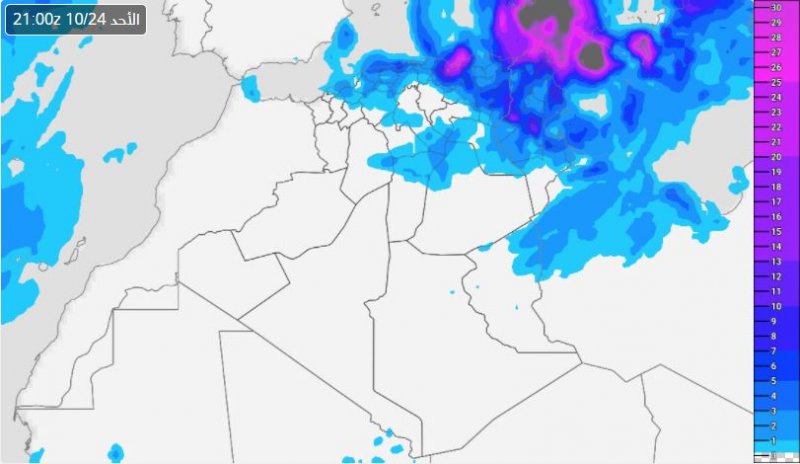 It is expected that thunder clouds will be dense and strong thunderstorms sometimes blow, and in such circumstances, convective currents activate and intensify within thunderclouds, which means high chances of papyrus falling and it is not unlikely that it will be dense and lead to accumulations, especially over mountains.

The latest forecasts also indicate the continuity of moisture flow to the region during the week, which means a continuation of the rainy situation and its renewal in the region on a daily basis, and the Arab Weather will issue the necessary updates and reports according to the latest developments.

The forecast staff alerts during the expected rainy situation from: