Tunisia | Thundercloud activity continued in some areas on Wednesday 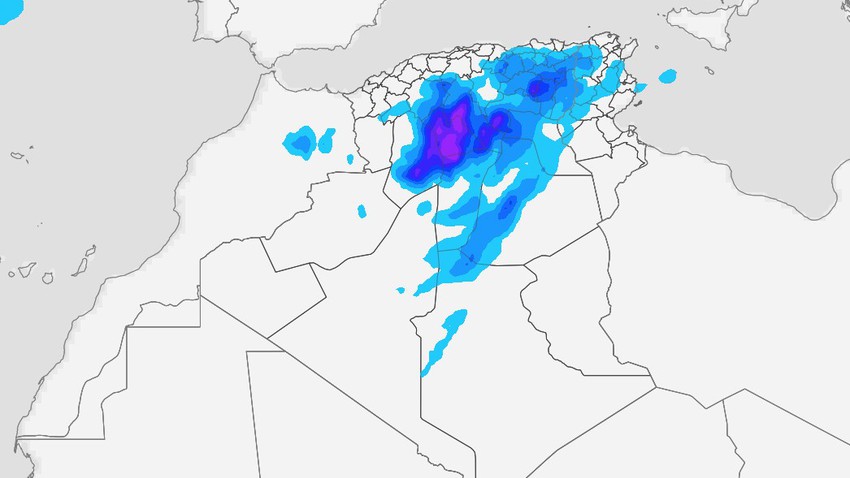 Weather of Arabia - The weather on Wednesday is pleasant in the northern and coastal regions, warm to relatively hot in the central regions, and hot in the southern regions, and the country continues to be affected by unstable weather conditions, so clouds appear at different heights and thunderstorms of rain gradually fall in large areas of The north of the country extends towards some central regions, and the rains are of varying intensity and sometimes heavy, causing valleys to run and form torrents, and the winds are fluctuating in direction and light to moderate in speed, activating sometimes in some areas.

Chances of rain continue at night with the humid eastern winds

The weather at night is relatively cold in the northern regions, slanting to cold in the central regions, and warm in the southern regions, and clouds continue to appear at different heights, and showers of rain fall in the northern regions, with clouds crossing the surface of the earth working to form a dense fog, and a decrease and may be absent in The extent of horizontal visibility, and the winds will be from east to northeast, with light to moderate speed, sometimes active in some areas, especially the southern ones, and they raise dust and dust in those areas.

1- Attention to the risk of torrents forming and the flow of valleys.
2- The risk of reduced horizontal visibility due to dense fog over the north of the country at night.