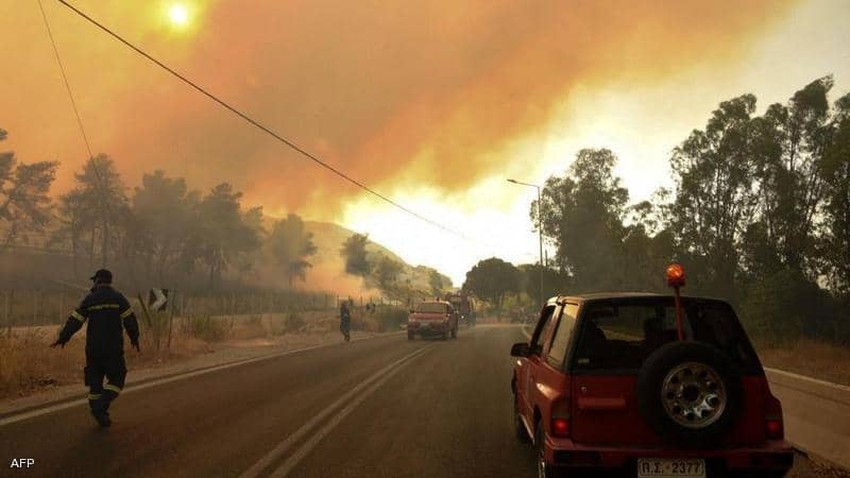 Arab weather - Turkey's huge fires have been raging for about a week, and they are heading quickly to a thermal power plant in southern Turkey, where the station was evacuated, Wednesday, after the fire reached the vicinity of the station near the city of Milas, and residents were seen fleeing the site.

Local officials explained earlier that the hydrogen tanks used to cool the station were emptied and filled with water from Bab al-Hita.

Environmentalists fear that the fire will reach the coal storage unit in the facility, and the resulting air pollution.

Since last Wednesday, more than 170 fires have ravaged forests and agricultural lands, in addition to populated areas on the Turkish coasts on the Mediterranean and the Aegean Sea, killing at least eight people and killing countless animals. 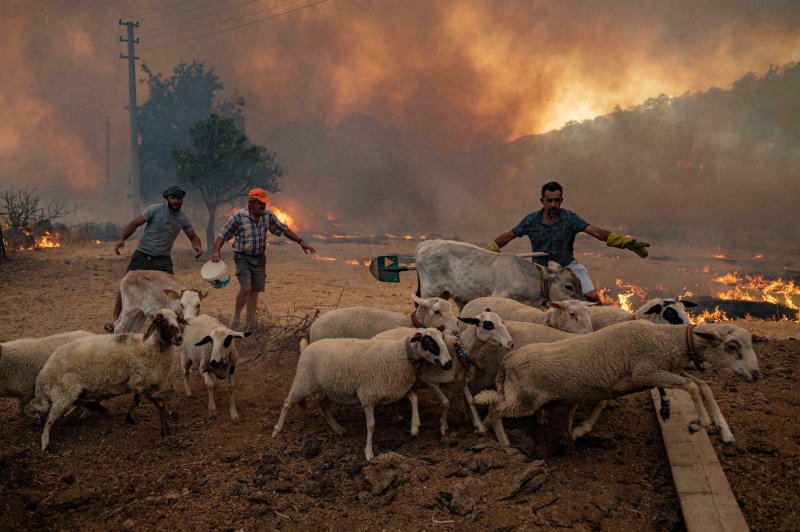 (Farmers gather panicked herds of cattle and drag them towards the shore, as the wave of fires that killed eight people continues for the seventh day)

The fire also affected tourist sites that recently resumed activity after months of restrictions imposed to contain the outbreak of the Covid-19 epidemic.