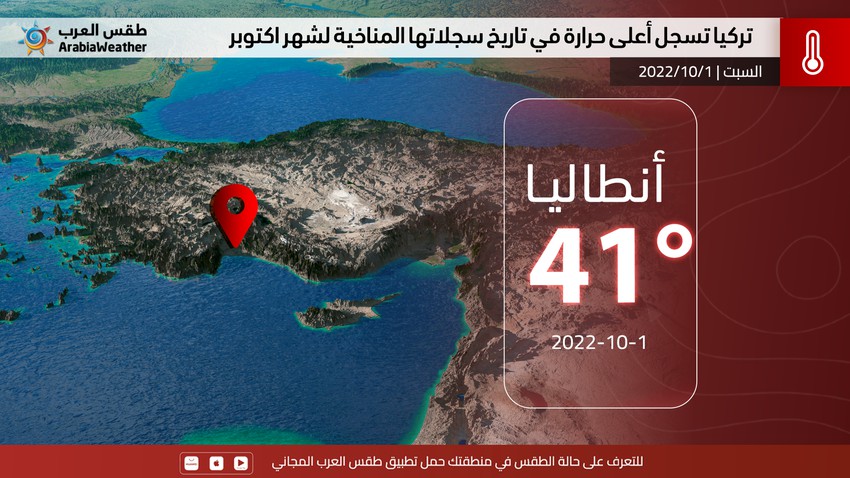 Arab Weather - The city of Antalya, located in southern Turkey, recorded on Saturday, October 1, 2022, the highest temperature in the history of the climate record for the month of October, at 41.2 degrees Celsius, what is the reason behind that? 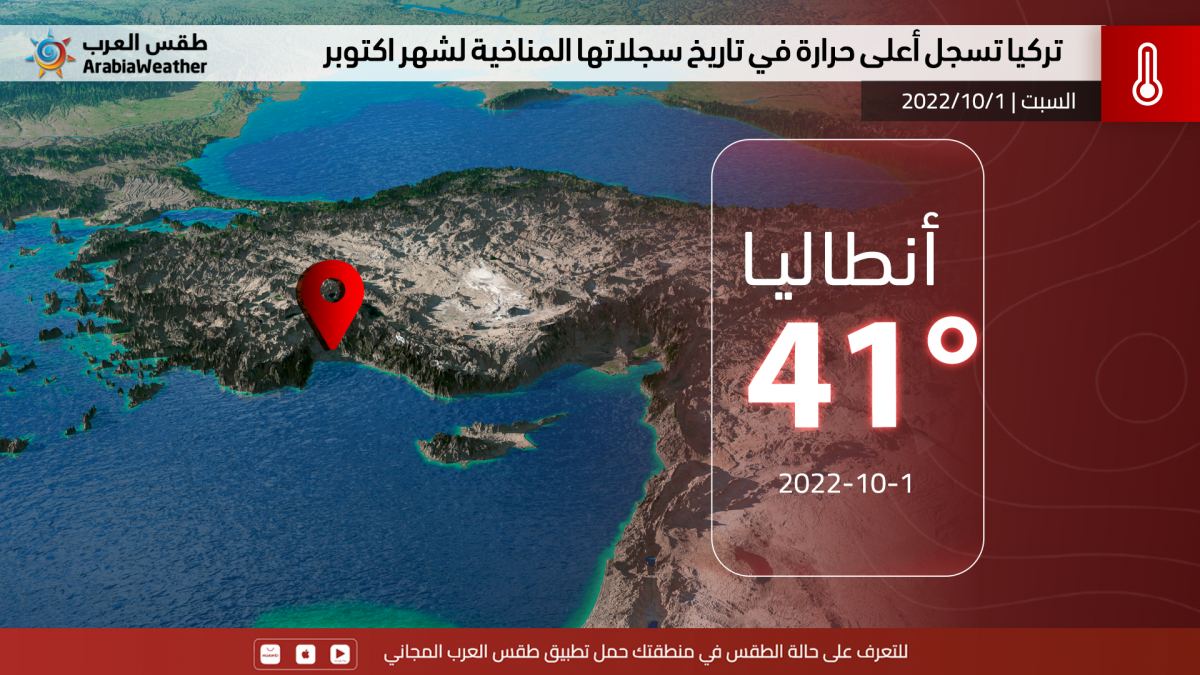 In order to be able to know the scientific reason behind Antalya recording temperatures in the forties, it is necessary to know the weather systems prevailing on that day, as the air systems at that time were represented by the rush of a cold air mass towards western Europe that worked to expand the upper air altitude and the hot air mass towards the southern regions of Turkey, which caused a rise temperatures that day.

It is also necessary to know the geography of the region, as Antalya is located within the southern coastal strip of Turkey and overlooks the Mediterranean Sea, surrounded by the Taurus mountain range, and the mountains have contributed to raising the temperatures, but how is that!

When the wind descends from the tops of high mountains towards the slopes and low valleys, rapid heating of the air occurs due to the process of friction between the air and the surfaces of the mountains, and the air temperature rises further, and this phenomenon is known as the Fohn phenomenon or the Fohn wind.