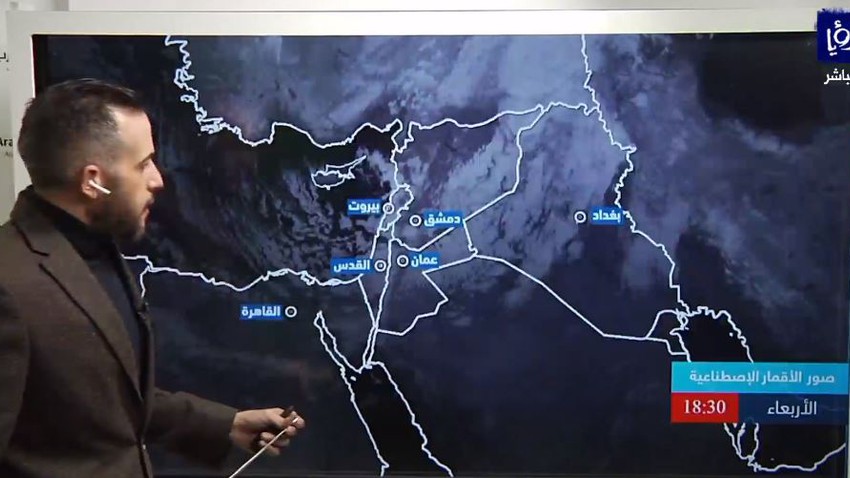 Weather of Arabia - Tonight there is a sharp and accelerated decrease in night temperatures and quickly become below zero Celsius in several regions of the Kingdom at midnight.

The weather will be bitterly cold and fluctuating between partly cloudy and cloudy with showers of rain and hail at intervals in different parts of the north and center of the Kingdom in addition to the Karak Governorate. These precipitations gradually extend during the night towards parts of the southern regions.

The temperatures are lower than their usual rates by about 8-10 degrees Celsius and the weather is very cold with the appearance of quantities of low clouds in the morning. Snow and freezing are expected in several regions of the Kingdom until the late morning hours. The winds are northwesterly, moderate to brisk.