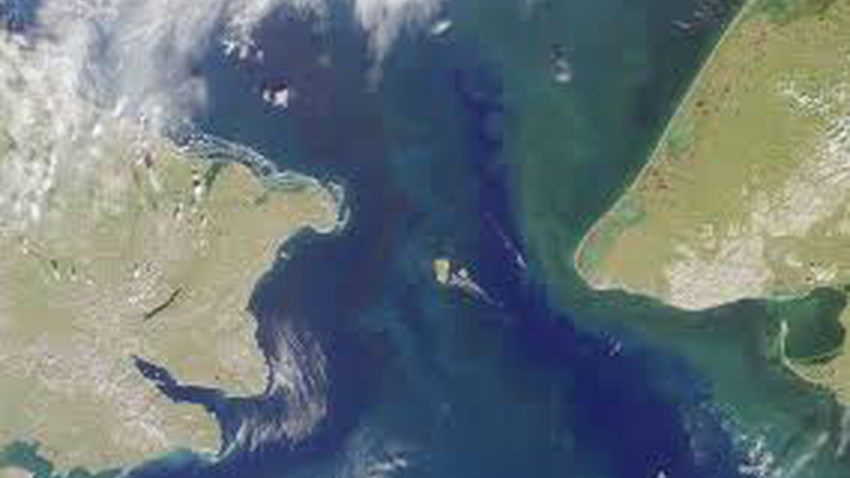 Arabia's weather - there may be many strange places in the world, but there is something exceptionally strange about Big Diomede and Little Diomede which defy the law of time zones, and they are two neighboring islands but there is a time difference of 21 hours between them.

The two islands are located in the Bering Strait that separates Asia and North America, where the largest island of Diomede is located in the far east of Russia, and the small island of Diomede is located within the borders of the United States, and the distance between them is only 3.8 kilometers , but there is a time difference of 21 hours between them, what is the reason The huge time difference?

Because of the distinctive location of the two islands, the International Date Line ( IDL ) passes between them, and it is an imaginary line that passes across the Pacific Ocean and adjusts the time in the world, so the Big Diomede Island is 21 hours ahead of the Little Diomede Island, so they are called the Island of Tomorrow and Yesterday's Island, and the two islands were discovered For the first time on August 16, 1728, it was decided to name them after the Greek saint Diomede.

This matter was noticed recently when a clip about the two islands was circulated on the TikTok platform, and some users shared ideas about how the vast difference in time can change ordinary events in strange ways, as the new year begins on one island while the other remains in the previous year, Or imagine someone working on both islands, then completing the eight hours of work twice in the same day!

Baltic Sea and its fresh waters - causes and effects