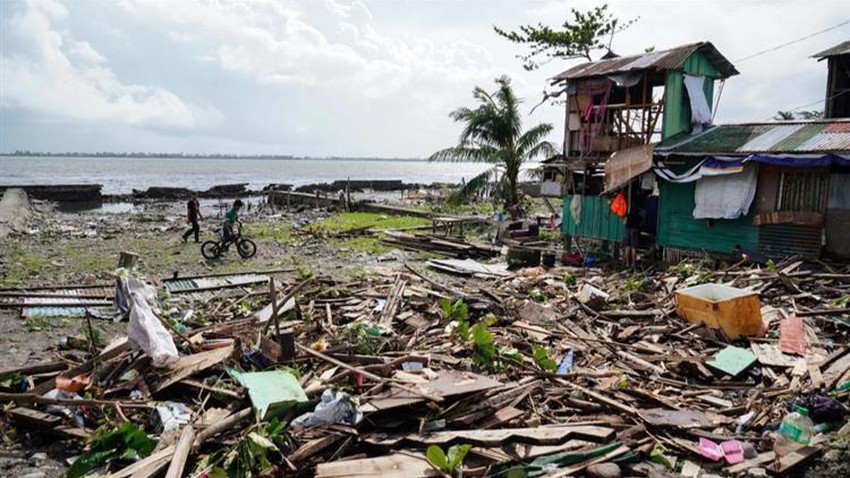 Arab Weather - The death toll from the typhoon Fanvon that swept the country last Tuesday has risen to 41, with 12 missing.

The Philippine police said that most of the deaths occurred as a result of drowning or electrocuted trees.

Find out where and when hurricanes happen

Hurricane Fanfon caused devastation when it swept through the central Philippines and areas off the southern part of the main island of Luzon, where massive floods were recorded in several provinces affected by the typhoon, according to the latest report published by the National Council for Disaster Risk Reduction and Management.

Funfun affected more than 1.6 million people, in more than 2,000 villages in the central Philippines and the northeastern part of the island of Mindanao, southern Philippines.