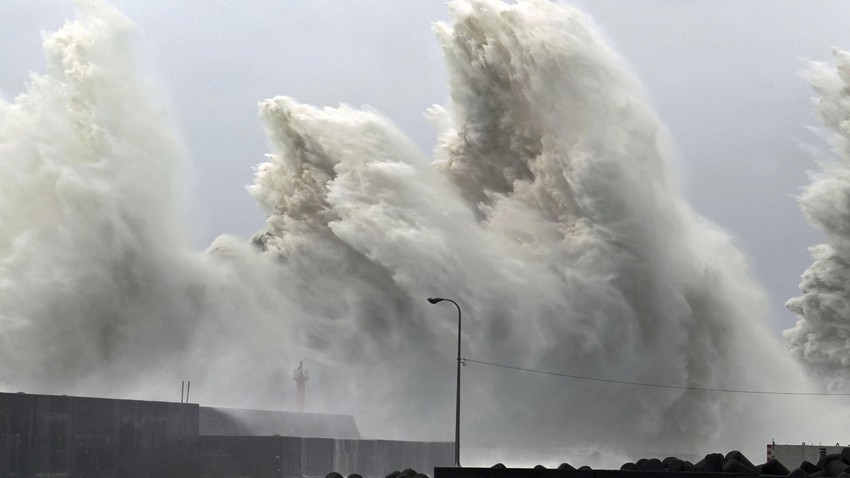 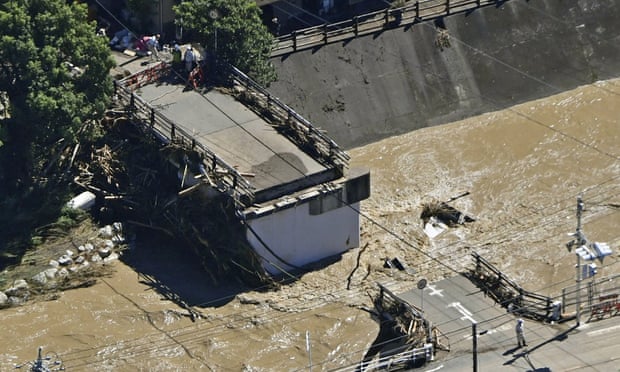 (A bridge damaged by a typhoon in Hamamatsu, Shizuoka Prefecture, Japan. Photo: Kyodo/Reuters)

The city of Shizuoka, southwest of Tokyo, was particularly hard hit, the Japan Meteorological Agency said, seeing a record 417 mm (16.42 inches) of rain since the rains began on Thursday.

A man in his forties was killed in a landslide and a 29-year-old man was found dead after his car fell into a tank, local sources said, and about 120,000 households were without power, according to Chubu Electric Power Grid Corporation, adding that a landslide Multiply two poles of electricity.

The Japan Meteorological Agency downgraded the typhoon to extratropical cyclone on Saturday morning but forecast more heavy rain in Shizuoka and urged caution against landslides and flooding.

Read also: What are landslides .. and how do they occur?

The city of Yokohama, located about 30 kilometers south of Tokyo, also issued an evacuation warning around noon on Saturday for about 3,000 residents.

Japan was hit earlier by Typhoon Nanmadol, one of the biggest storms to hit Japan in years, killing at least two people and bringing strong winds and record rains to the west of the country on Monday.

More: Typhoon "Nanmadol" | Thousands take shelter in shelters as one of the strongest typhoons to hit Japan arrives