UAE - 2:40 pm| The continuation of the impact of the cumulus cloud on the capital Abu Dhabi and the monitoring of local formations in the south 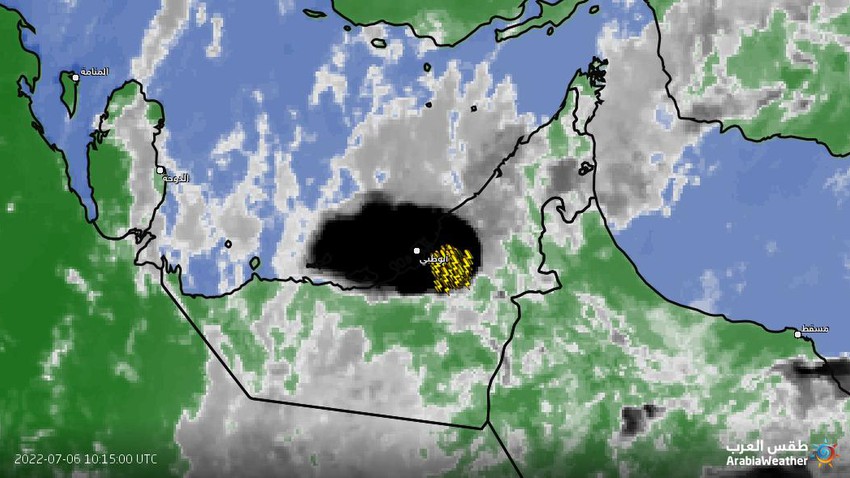 Weather of Arabia - The newly received satellite images indicate that the capital Abu Dhabi continues to be affected by the huge cumulus capital, which is accompanied by heavy rain and thunderstorms, and is caused by the UAE being affected by the extension of the Monsoon depression.

According to the radar images captured by the National Center of Meteorology, cumulus rain clouds have begun to form in parts of the southeast of the Emirates, which it is worth noting that they will develop in the coming hours, God willing.

UAE: Dusty weather with an opportunity to form cumulus clouds to the east and south this weekend