UAE: 7 deaths due to torrential rains... 80% of people in the affected areas returned to their homes 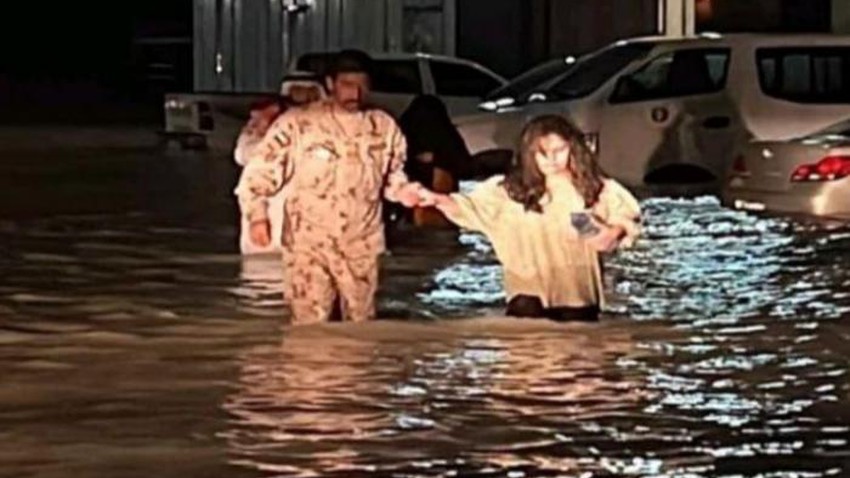 Weather of Arabia - The UAE Ministry of Interior announced today, Friday, that the death toll from the floods has risen to 7 people of Asian nationality, after the seventh missing person was found.

Brigadier General Dr. Ali Salem Al Tunaiji, Director General of Central Operations at the UAE Ministry of Interior, said that 6 Asian nationals were found dead as a result of the floods in the country, and a search is underway for a missing person, calling on the deceased to have mercy and forgiveness.

The ministry later indicated that the missing person was found dead, expressing its sincere condolences and sympathy to the family of the deceased and his relatives.

He continued, "The field units are still carrying out evacuation operations, as well as shelter operations."

On Wednesday, a number of regions of the UAE witnessed heavy and medium rains, which led to the flow of valleys and the accumulation of water in the low-lying areas of the Emirate of Fujairah and the eastern regions of the UAE.