UAE: Opportunities for fog formation and a noticeable drop in temperatures on the coastal areas continue on Friday 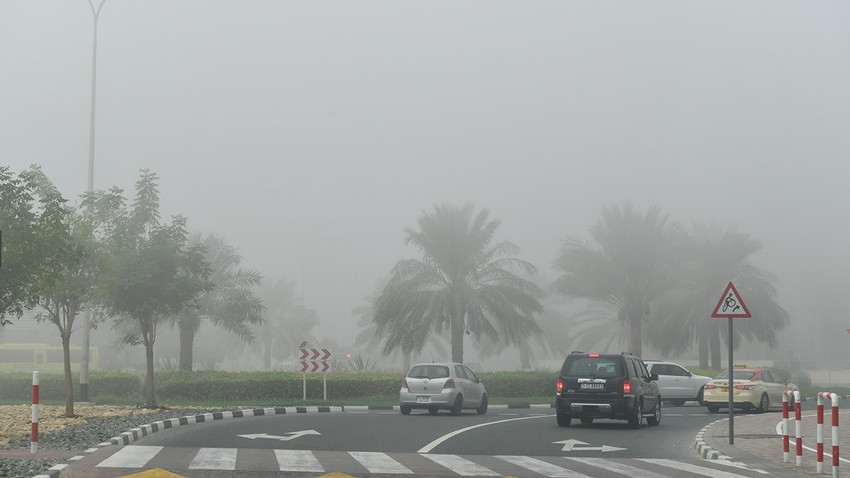 Weather of Arabia - The "National Center of Meteorology" in the UAE said in its daily statement, that the weather forecast indicates an expected continuation of chances of fog forming over some areas of the country during the coming days, God willing, and in the details:

Weather: Clear in general and partly cloudy in the east, humid at night and Friday morning, with the possibility of fog or light fog forming over some inland areas.

Wind: Southeasterly, turning to northeasterly and northwesterly, light to moderate in speed, active at times, causing dust during the day.

Weather condition: clear to partly cloudy and dusty at times, with a gradual decrease in temperatures that is noticeable on the coasts, and humid at night and Saturday morning in some areas.

Wind: southwesterly to northwesterly, light to moderate in speed, gradually active and strong at times on the sea, causing dust and dust.

Sea state: medium to rough in the Arabian Gulf and light to medium in the Oman Sea.

Weather: Fair to partly cloudy and dusty at times, humid at night and on Sunday morning in some northern areas.

Wind: brisk southwesterly to northwesterly, especially on the sea, becoming moderate to light in the evening, and causing dust and dust during the day.

Sea state: turbulent waves becoming medium to light at night in the Arabian Gulf and light in the Sea of Oman.

Weather : Clear to partly cloudy, with low clouds appearing on the eastern coast in the morning, it may be convective in the afternoon east, and humid at night and Monday morning with the possibility of fog or light mist forming over some coastal areas.

Wind: Northwesterly to northeasterly, light to moderate, brisk at times.

Sea state: light waves in the Arabian Gulf and in the Sea of Oman.

UAE: Clear to partly cloudy weather and fog over some coastal and inland areas during the current week