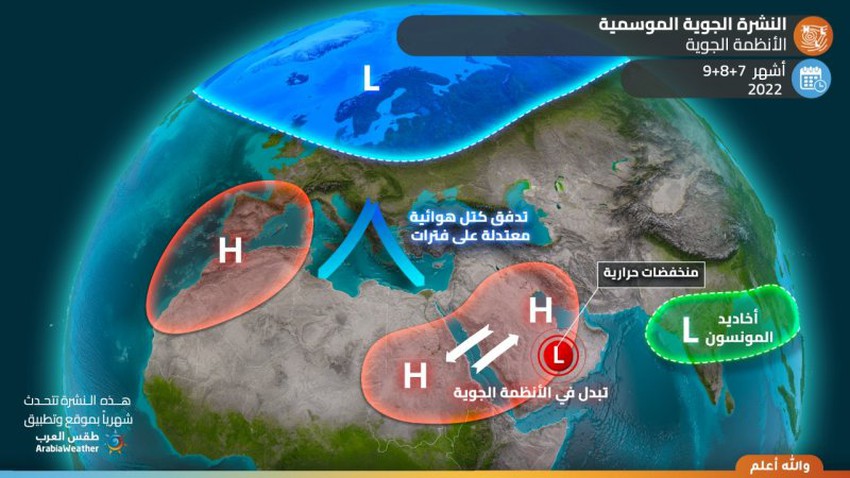 Arab Weather - The seasonal forecast team at the Arab Regional Weather Center issued the forecast seasonal forecast, in which it reviewed the most prominent forecasted weather forecasts in the Emirates during the summer months 8-9-7 (July, August and September) for the year 2022.

The issuance of these forecasts depends on studying the behavior of temperature and atmospheric pressure in the northern hemisphere, including the atmosphere and major water bodies, and integrating those forecasts with global monitoring centers, to come up with the highest possible forecast.

Arab weather experts in the Scientific Research and Development Department have developed scientific methods that are considered the first of their kind in the Arab world and the world, relying on artificial intelligence in forecasts for the coming months, by developing complex mathematical algorithms and equations to detect atmospheric behavior and correct long-range weather forecasts.

The weather in the UAE during the summer months

General situation for the coming months 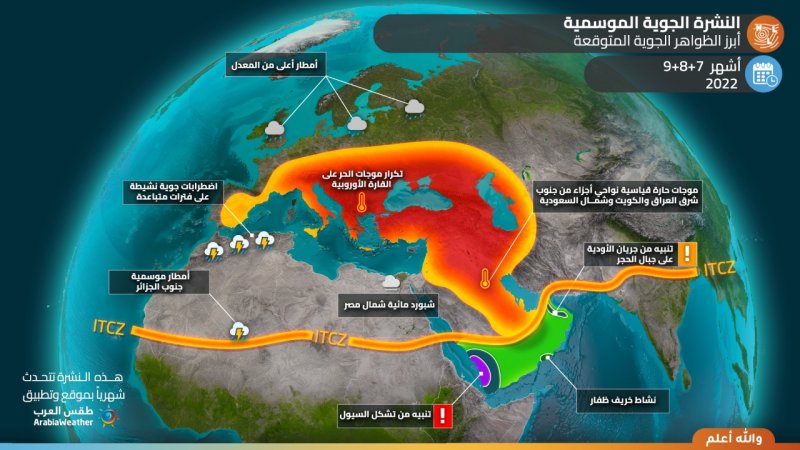 It is expected, God willing, that the temperatures in the Emirates during July, August and September 2022 will be higher than their usual monthly rates for this period of the year. 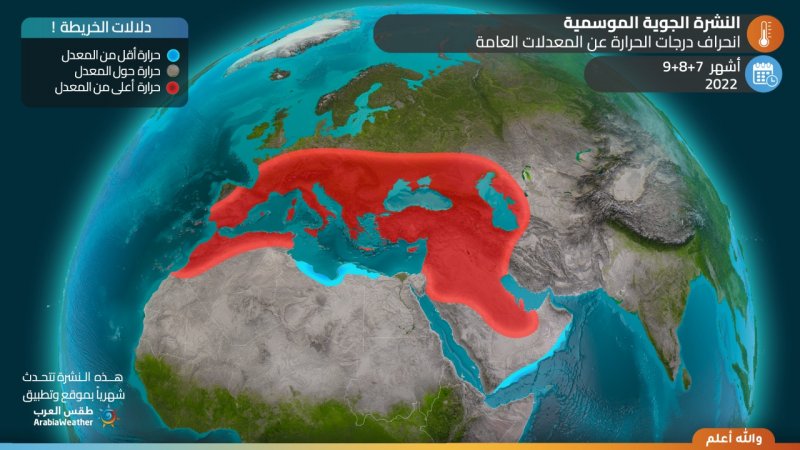 As for the chances of rain in the Emirates during the summer months, it is expected that seasonal rains will become active on the eastern heights of the country, which may extend to some internal areas at intervals, and with them the chances of the flow of valleys and the formation of torrents rise, due to the nature of seasonal rains, which are heavy in specific geographical ranges and for a period of time. short.

Deviation of rain from general averages: 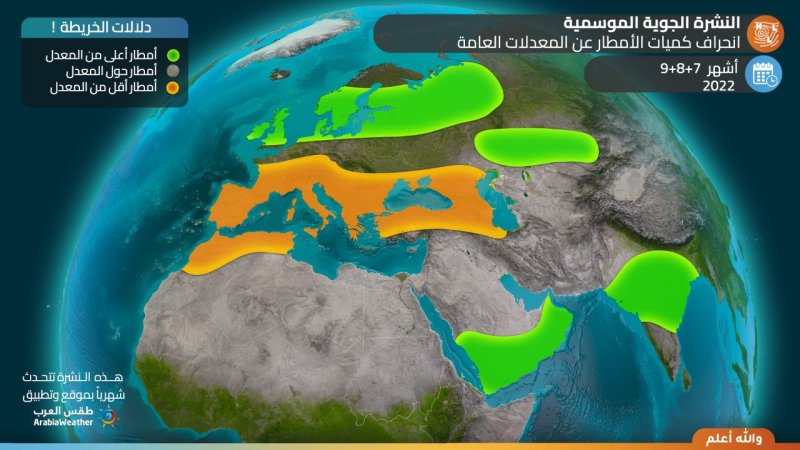 In conclusion, the desired benefit of the quarterly bulletins lies in assisting various sectors in early planning, especially for the fall and winter seasons alike, especially the agricultural sector, which builds its agricultural plans on these indicators that sometimes help to reap and achieve profits by exploiting this information, in addition to many sectors Others that benefit from these forecasts, such as the commercial sectors, the apparel sector, the energy sector and others.

and God is superior and knows best

Emirates 3:45 pm | The National Meteorological Center warns of thunderstorms in some eastern parts of the country now