UAE - Update at 8:00 pm | Strong cumulus clouds in the south of the Emirates and several important alerts 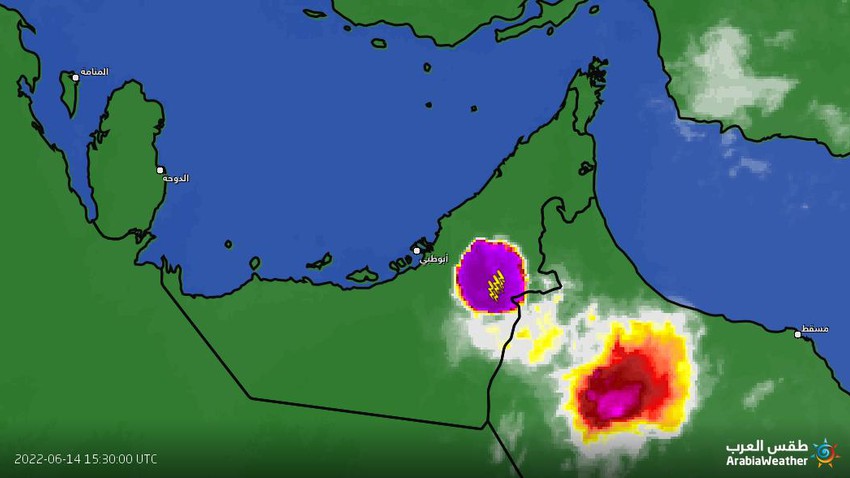 Weather of Arabia - Satellite images and rain radars of the National Center of Meteorology in the UAE indicate the formation of a strong and thick cumulus cloud in the south of the Emirates, in the meantime, it is raining thunderstorms and perhaps hail.

According to the same pictures, precipitation is heavy and it is not excluded that it will lead to the formation of torrential rains and the occurrence of water gatherings.

Thunder clouds are accompanied by a noticeable activity on the speed of surface winds that raise dust and dust, and it is not excluded that major cities, including the capital, Abu Dhabi, will be affected by dust transported from the interior, causing a decrease in the horizontal visibility.

UAE: Dusty weather with chances of rain in some areas in the coming days

UAE: Dusty weather with an opportunity to form cumulus clouds to the east and south this weekend