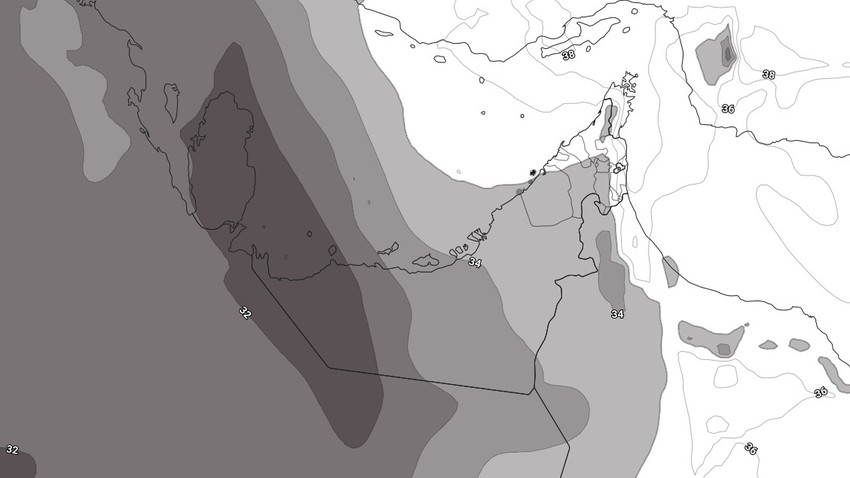 Arab weather - the latest outputs of the received numerical models indicate the prevalence of very hot to scorching weather in some areas throughout the week, and temperatures are at forty levels in the main cities, with the appearance of clouds at medium and high altitudes on a daily basis.

Temperatures around 50 degrees Celsius in some inland areas

At night, all days of the week, the weather is relatively hot to hot in all regions, with a significant increase in humidity as a result of the rush of moist air currents coming from the Arabian Gulf, so the opportunity is ripe for the formation of fog in many areas and with varying intensity from day to day according to the region It is not excluded that the fog will be thick at times.

An intensification of the speed of the northwest wind, which is known locally as the Al-Bawareh wind

It is expected, God willing, that the blowing of the west/northwest winds, which is known locally as the al-Bawarih winds, will increase, especially in the western regions. The active winds disturb the waves of the Arabian Gulf all days of the week, and the sea will be rough with waves more than 1 meter high, especially in the width of the Gulf.