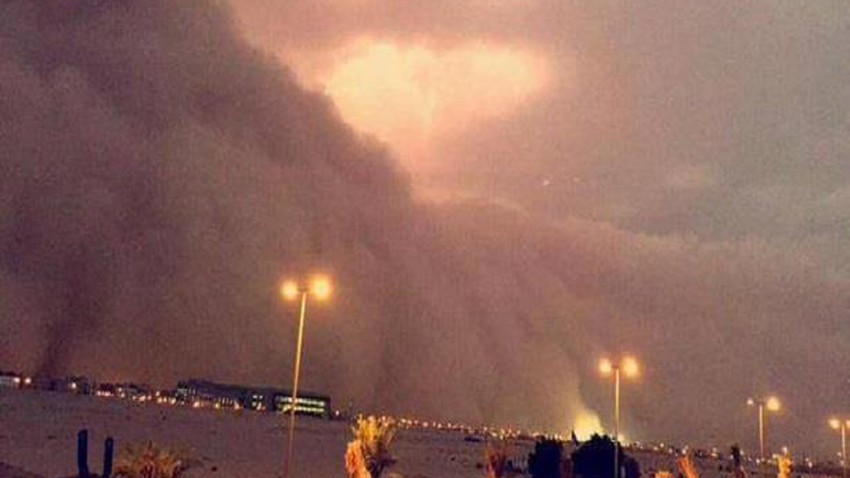 Arab Weather - The weather forecast staff at the Arab Regional Weather Center is watching the rush of an air mass with lower temperatures towards the region that will lead to the blowing of active westerly to southwesterly winds over eastern Jordan and various and wide areas of Syria, especially the eastern parts of it, with the afternoon and afternoon hours on Sunday Active winds are accompanied by strong gusts that will form dust waves that may be dense in the Levant Badia and include the Badia regions of Jordan and eastern Syrian territory.

According to the initial indicators, it is expected that the dust waves that will form in eastern Jordan and Syria will move towards Iraqi territory with the afternoon and evening hours on Sunday, starting from the western and northern regions, which include Anbar Governorate and the Trebil border crossing, in addition to the Al-Qaim area and the Mosul governorate. Reaches the capital, Baghdad.