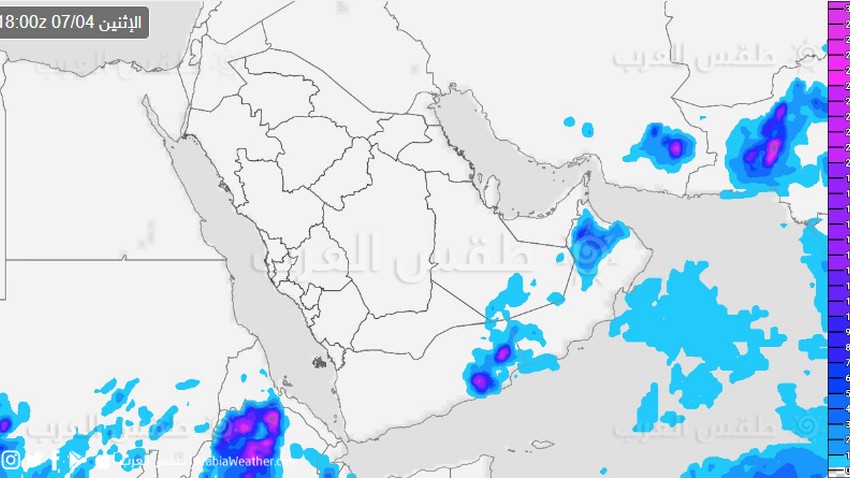 Arab Weather - Sinan Khalaf - The weather forecast staff in Arab weather is watching what the American numerical model GFS is starting to indicate about the possibility of the flow of quantities of tropical moisture towards the southeastern and southern parts of the Arabian Peninsula, and it is expected that the chances of rain will increase in the Sultanate of Oman and the Emirates, And parts of Saudi Arabia and Yemen at the beginning of July, God willing.

Initial signs of heavy thunderstorms concentrated on the heights

Preliminary details of the expected weather and affected areas

Despite the long period of time for the expected tropical flow, the initial indicators are considered good and very promising with thunderstorms that are sometimes heavy and accompanied by showers of hail, concentrated on the mountainous heights of the Sultanate of Oman, in addition to some eastern parts of the UAE, as the American numerical model indicates the possibility of clouds extending. raining towards parts of the Empty Quarter in Saudi Arabia, and possibly Yemen. It should be noted here that this information does not necessarily reflect the opinion of Arab weather, but rather it is transferred from the American numerical model GFS, and it is still preliminary and can be improved or regressed, so we advise everyone to follow up on updates first-hand to know everything new about the developments of the rainy situation, as we put between Hands you these links for following up on the rain radar , and satellite images to follow the development of thunderclouds, moment by moment.