Under Watch: Unstable weather conditions next week in some Gulf countries 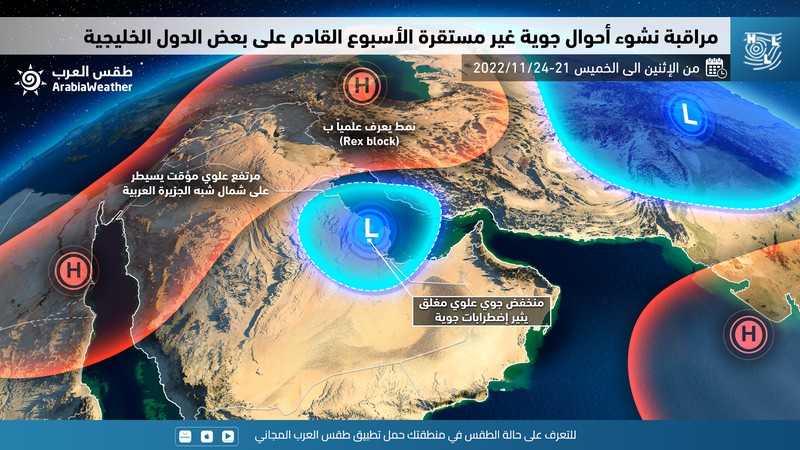 Arab Weather - The latest weather maps received from global centers and others developed from Arab Weather internally indicate that an upper depression is expected to cross the atmosphere of the Arabian Gulf Basin and thus affect the southeast of the Arabian Peninsula, starting from Monday and for several days with some precipitation, at the will of Allah.

And in the details, it is expected, God willing, that parts of the Sultanate of Oman, the Emirates, Qatar and Bahrain will be affected by an upper air depression due to a temporary high air movement towards the north of the Arabian Peninsula, in conjunction with the blowing of moist air currents from the south, which causes the emergence of weather conditions Unstable in some areas, God willing, and it is expected that the chances of rain will include the heights of the Hajar Mountains, in addition to the possibility of some clouds forming in the Sea of Oman, and some of these clouds may rush to parts of the coastal areas. 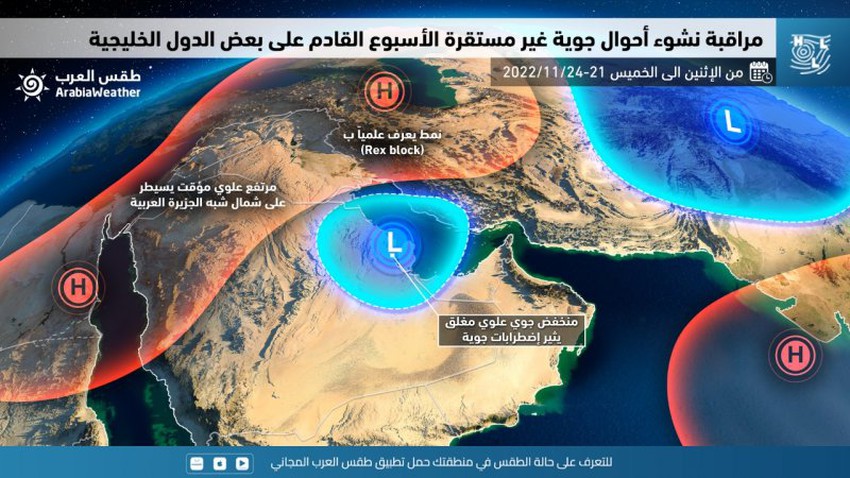 According to the latest indicators received by the weather forecast team in "Arab Weather", it is expected that cumulus clouds will form over parts of the center and south of the Arabian Gulf Basin, triggered by air pressure disturbances in the upper and middle layers, and these clouds will affect some Gulf countries overlooking the Gulf Basin, These clouds are accompanied by rain of varying intensity and accompanied by the occurrence of thunder sometimes, God willing. And “Arab Weather” will put the followers in the form of forecasts in detail, as soon as the weather information is available and stable.

UAE | An area in the UAE records huge amounts of rain exceeding 118 mm..Details

Sultanate of Oman: A gradual rise in temperatures in most of the Sultanate’s governorates during the coming days