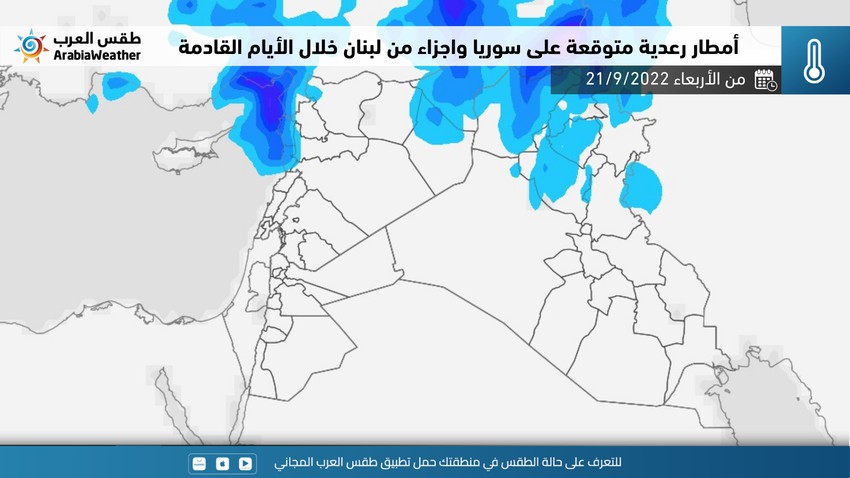 Tafas Al Arab - The weather maps in the Arab Regional Weather Center indicate that the Syrian Republic was affected by the rush of a cold air mass in the upper layers of the atmosphere, which leads to the emergence of unstable weather conditions in the coming days on the coastal areas, extending towards the interior, including Raqqa. Clouds at different heights and the opportunity for showers of varying intensity, accompanied by the occurrence of thunderstorms and hail at times, and thunderstorms are accompanied by the occurrence of downward winds that lead to the formation of dense dust waves, especially in the east of the country. 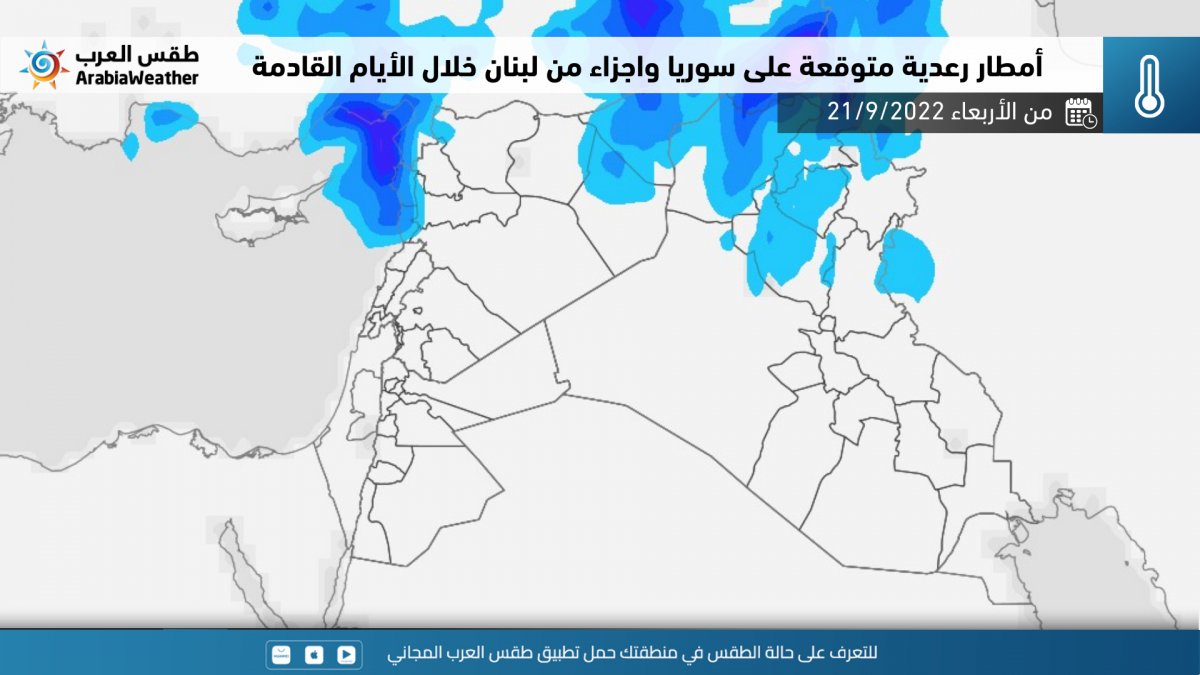 It is noteworthy that the Levant is affected by a marine air mass with temperatures lower than their normal rates, and its effects are clearer on Syria and Lebanon.