Update 11:00 PM | The presence of cumulus clouds in the Sea of Oman extending to the coastal areas, with the possibility of rain of varying intensity in the coming hours 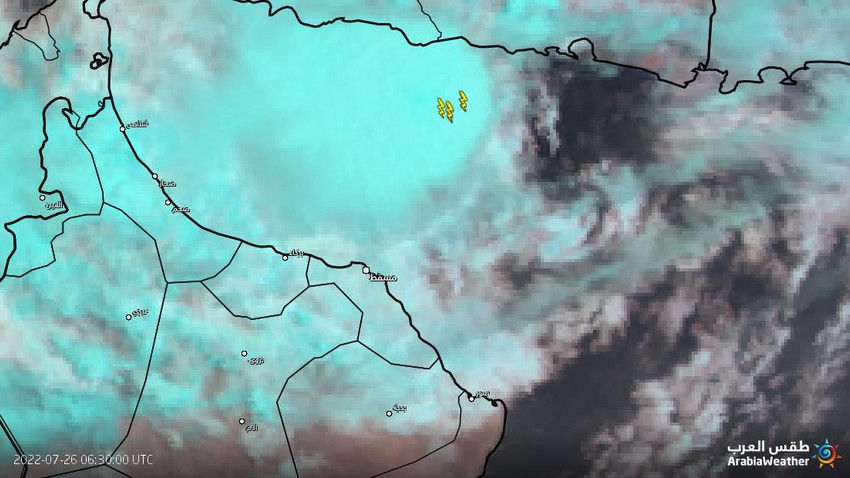 Arab Weather - Satellite images show the presence of large amounts of cumulus clouds in the sea of Oman, gradually extending to the coastal areas of the governorates of Muscat, North Al Batinah and South Al Batinah, accompanied by rainfall of varying intensity, accompanied by occasional thunder and activity in downward winds, and it is feared that the flow of valleys and reefs will follow. Sometimes quickly in some areas.