Update 11:30 at night: the latest updates on the tropical situation in the northeast of the Arabian Sea 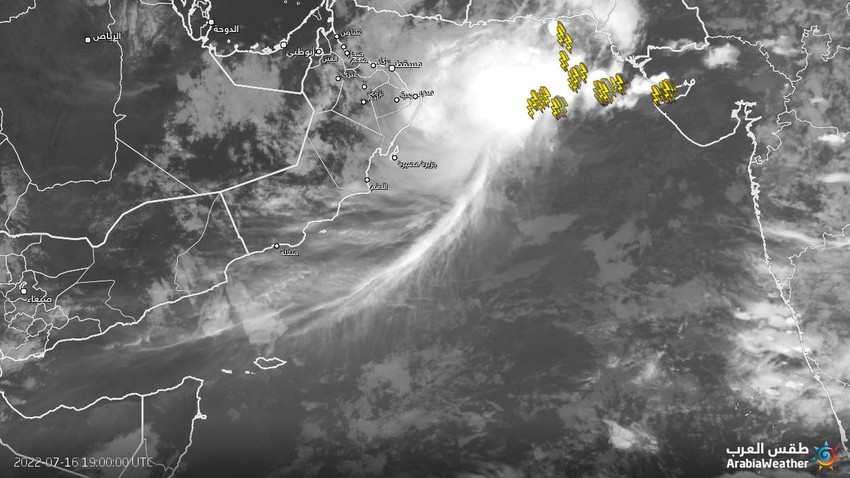 Arab Weather - The latest information and data received indicate that the tropical situation, which is classified as a tropical depression, is located to the northeast of the Arabian Sea, and the surface wind speed around the center is estimated at about 17-27 knots, and is centered on a latitude of 22.5 degrees north and longitude 68.8 degrees east, away from The coast of the Sultanate (Ras Al Hadd) is about 935 km.

The tropical system continues to move to the northwest, and predictions indicate the possibility of indirect effects on parts of the North and South Al Sharqiyah governorates during the coming hours in the form of rainfall of varying intensity over some areas, with an opportunity for some rainy clouds to flow with the dawn and morning hours for parts of the Muscat governorates. And the interior with scattered showers of rain. 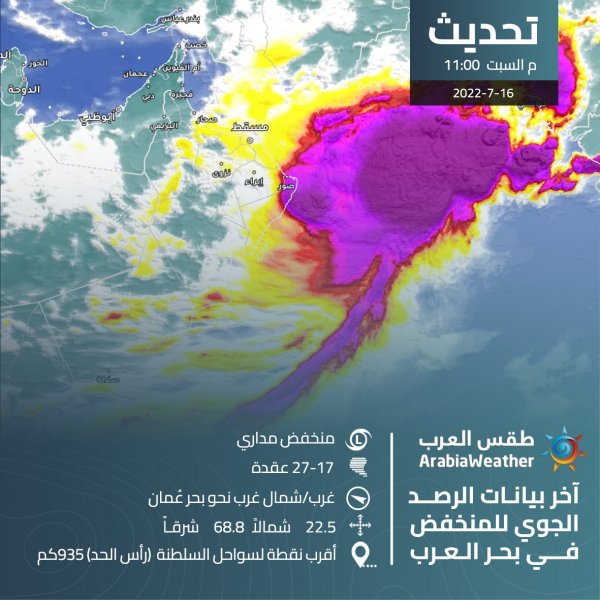 It is expected that the direct effects of the tropical depression on the Sultanate’s atmosphere will gradually begin with the night hours of Sunday / Monday, God willing, for more details click here.