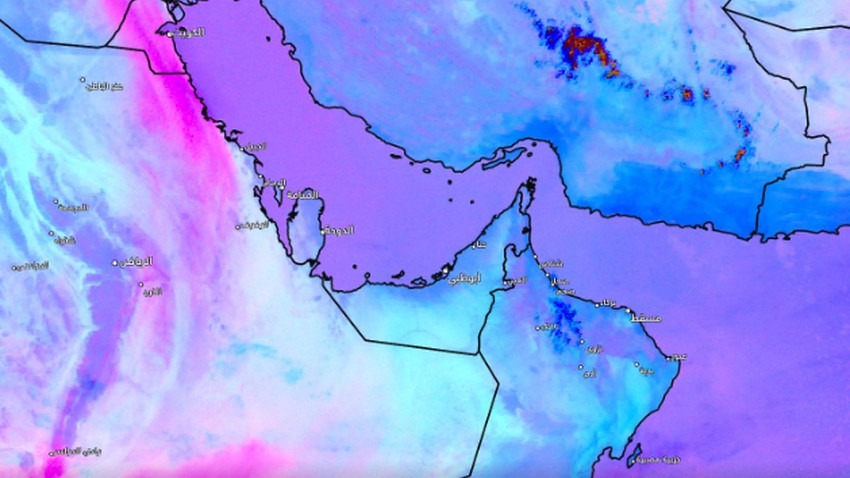 Arab Weather - Sinan Khalaf - the latest satellite images we have received in Arab weather show forming waves of thick dust in the southern parts of Iraq. This wave of dust moved towards Kuwaiti lands and then began to affect the kingdom, concentrated in the eastern parts of it, and its effects are still limited. over the capital, Riyadh, until now.

In the coming hours, it is expected that the intensity of the dust wave will increase, and that the horizontal visibility will significantly decrease in most of the northern, eastern and eastern parts of Saudi Arabia, including Al-Ahsa, to large levels, which may reach less than 500 meters. As for the capital, Riyadh, it is expected to witness an increase in the concentration of dust in the atmosphere. To become medium density and God knows best.

See also: Riyadh | Dust renewed on Monday, and this is the expected date for the end of the impact of dust waves on the capital, from here