Update 12:45 at night: Rain of varying intensity is witnessing on the coasts of South Al Batinah .. and the rain will include parts of Muscat shortly 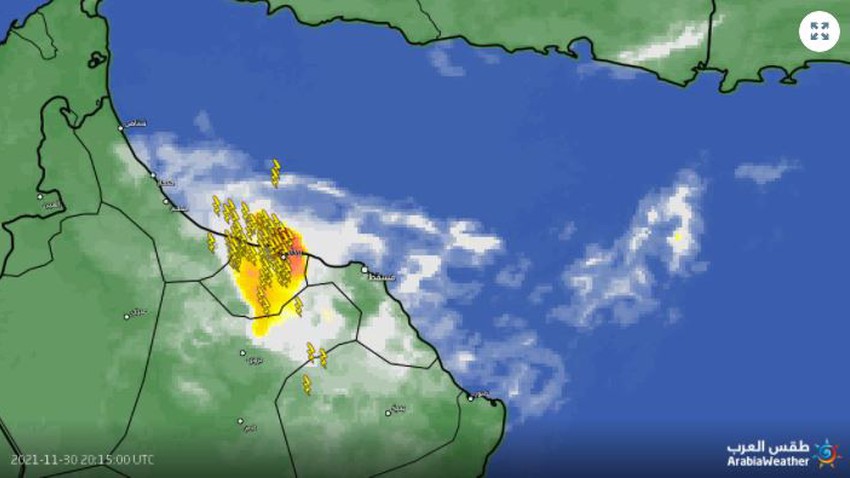 Arab Weather - Satellite images show the continued influx of thunderstorms on the coasts of South Al Batinah and some inland areas, accompanied by rains of varying intensity, and heavy in some geographical areas, which may raise the water level on the roads.

During the coming time, it is expected that some rainy thunder clouds will arrive in parts of Muscat, especially the western states, to include Seeb, Bausher and Muttrah, and may include the capital itself in addition to Amarat.

Arab weather warns of the high water level in the roads, the flow of valleys and reefs in some areas, and the low range of horizontal visibility due to downward winds resulting from thunderclouds.

Watch the movement of thunder clouds towards Muscat through the lightning observer, from here

Sultanate of Oman: An early and active start to the Autumn of Dhofar