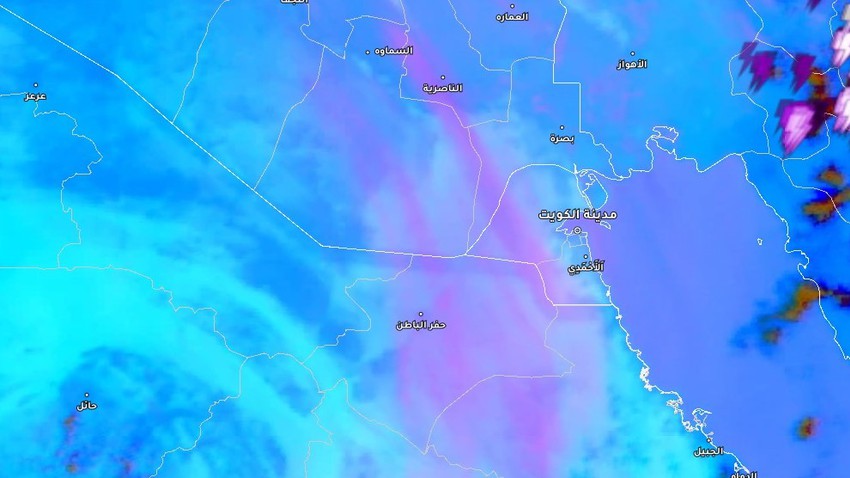 Arab weather - satellite images show that parts of Iraq, including the capital, Baghdad, and the western parts of the State of Kuwait, up to the north of the eastern region of the Kingdom of Saudi Arabia, were affected by a dusty wave of medium intensity, and it is expected that it will gradually extend during the coming hours to affect the capital, Riyadh, so that the dust concentration will rise in The atmosphere of the capital, God willing.

The internally developed Kronos system at the Arab Weather Center detected a decrease in horizontal visibility in Hafr Al-Batin to about 1500 m.