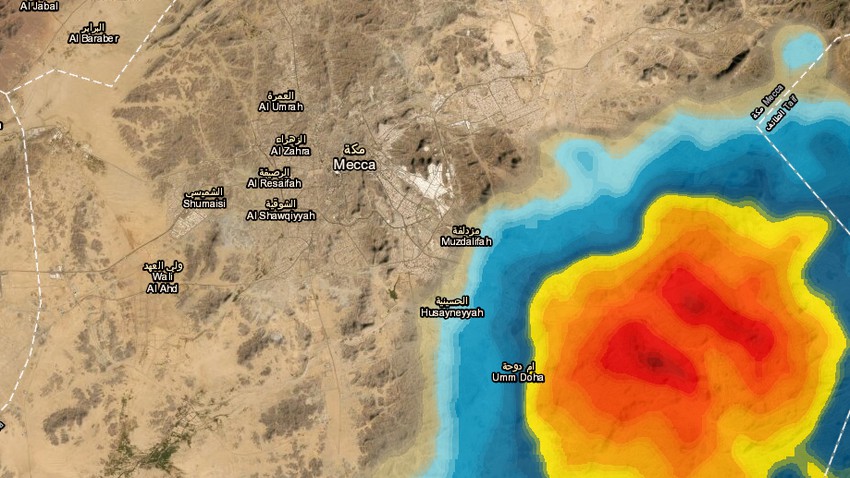 Arab Weather - Sinan Khalaf - The latest rain radar images received by us in Arab Weather show the concentration of quantities of thunderstorm clouds to the southeast of the city of Mecca and are currently moving towards the city, and it is expected that they will work on showers of rain in different parts of the city of Makkah during the coming hours .

Downwind activity expected prior to rain

It is also expected that the activity of thunderstorms will be accompanied by an activity of the descending winds, which may lead to the emergence of local dust waves that reduce the range of horizontal visibility and may be absent in some areas. 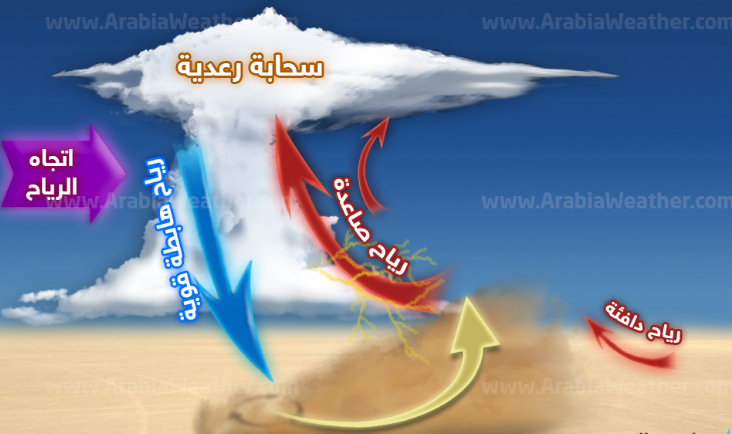 1- The risk of thunderstorms