Update | A cold air front forming over the island of Cyprus will cross Syria and Lebanon evening and night. Details 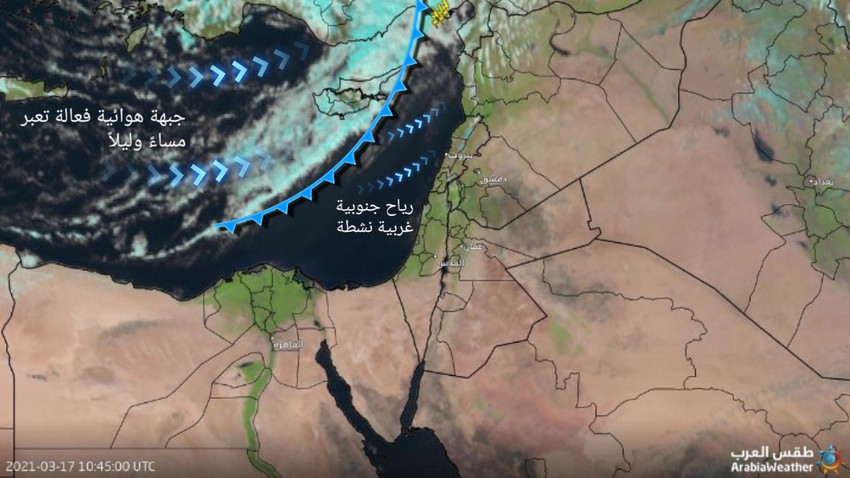 Weather of Arabia - The latest satellite images captured indicate the formation of an effective cold air front over the island of Cyprus and the Mediterranean Sea, which accompanies the air depression that is centered over Turkish territory. Towards the rest of the parts, in the evening and night hours of Wednesday / Thursday, the air front brings heavy rain and great activity and is remarkable about the speed of the southwest winds, which will cause turbulence in the sea waves and their height on the beaches.

It is expected that the same air front will extend towards the Lebanese territory at night hours, but at a lesser intensity, causing activity in the southwest winds and precipitation in many areas, and it is not excluded that the rains will be heavy in the middle of the night, God willing.