Update at 10:20 am | A dense wave of dust will begin to cross the interior regions in the coming hours 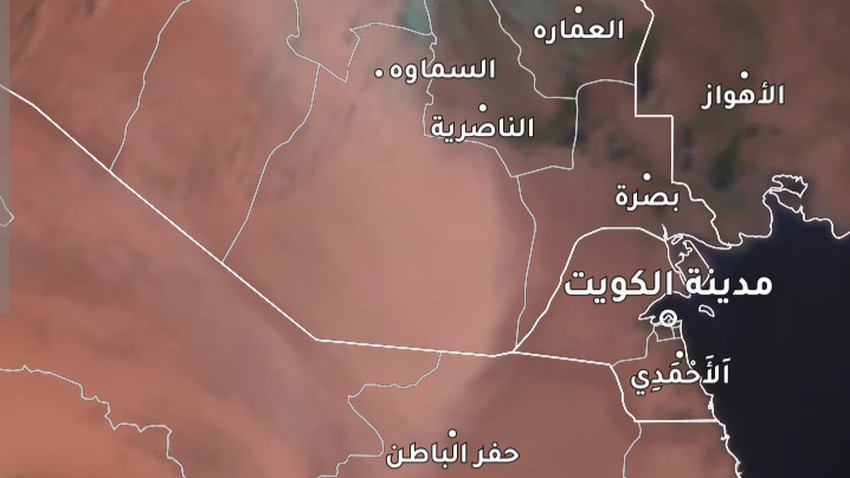 Arab Weather - The satellite images developed by the Arab Regional Weather Center indicate a strong wave of dust rushing into southern Iraq at this time, and according to simulating weather maps of wind behavior, it is expected that the dense dust wave will begin during the next few hours to enter the interior regions of Kuwait, especially the northern and western regions. Of which.

To reduce your financial losses resulting from dust .. Contact us now

It is expected, God willing, that the dust wave will reach the capital, Kuwait, with the hours of this afternoon and evening, accompanied by a significant increase in the proportion of dust in the atmosphere, which will cause a significant decrease in the range of horizontal visibility.

The dust wave is also accompanied by strong northwesterly winds that will disturb sea waves and raise dust and dust locally in the exposed areas.