Update at 2:10 pm | Al-Bawareh winds are intensifying and a wave of dust affects southern Iraq and the interior regions of Kuwait at this time 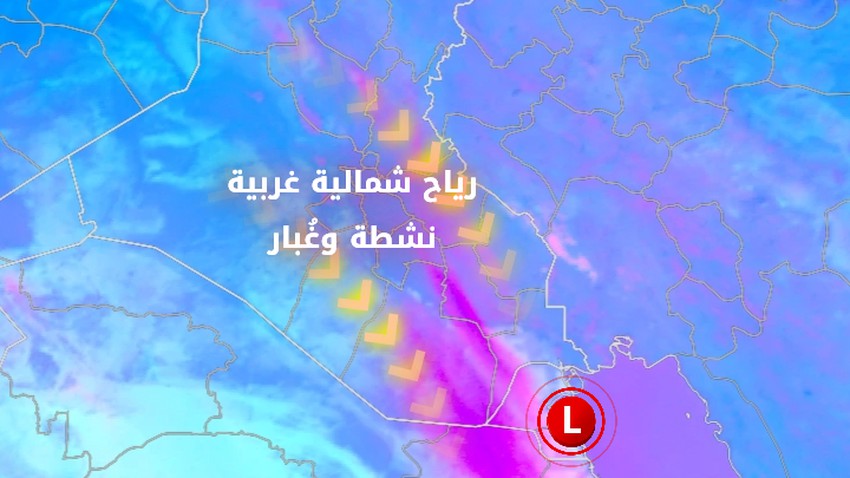 Arab weather - Al- Bawarih or northwest winds intensified on the southern regions of Iraq specifically in addition to Kuwait today and worked to raise dust and dust and formed a dust wave in the south of Iraqi lands that moved towards the interior of Kuwait, especially the western regions of it, which led to a noticeable decline in The extent of horizontal visibility, while the coastal areas and Kuwait City were generally under the influence of light dust as a result of the wind source coming from the Arabian Gulf.

The boats will continue to blow for the next hours

It is expected, God willing, that the Al-Bawareh winds will continue to blow in the coming hours, so that the weather will remain dusty with varying intensity in the southern regions of Iraq in addition to the interior regions of Kuwait, but with the night hours the wind speed declines and the atmosphere remains dusty in varying proportions according to the region as a result of dirt plankton.

According to the same recent satellite images, some northern and central regions of Iraq are witnessing an increase in dust levels as a result of the activity of northwest winds.